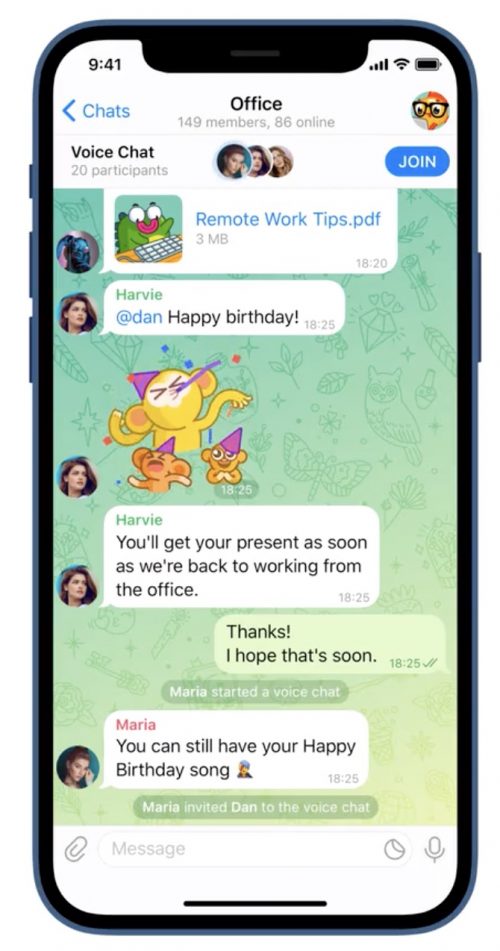 “Any Telegram group can now become a voice chat room that is always on”, the app announced on Twitter on Wednesday.

“Voice Chats run in parallel to existing text and media-based communication, adding a live layer of ephemeral talk to the group. They can be used as virtual office spaces for teams or informal lounges for any community,” it said.

While voice chats are not group calls, they can achieve similar goals with flexibility.

In the groups where admins have created voice chat, thousands of participants can join the chat. However, admins can control the number of speakers with flexible admin tools.

The app also announced that users can send disappearing photos and videos in any one-on-one chat.

“They self-destruct after opening, leaving no trace of your confidential fruits or vegetables”.

Another update is that users on Android devices can move their Telegram app data from internal storage to SD card, allowing those with minimal storage to save more media and files