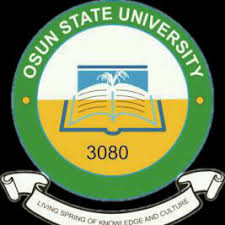 The Osun State University has inaugurated its pioneer Students’ Union executives of the institution since its establishment in 2006.

The management of the institution on November 28, 2020 constituted a virtual delegate election for the students.

It will be recalled that the constitution of the Union was approved on June 9, 2020 in a meeting between the management and students’ leaders.

While swearing in the student union executives, the Vice-Chancellor of the institution, Prof. Labode Popoola charged the students’ unionist to be responsible, responsive and positive and not aim at destruction.

He said that Students’ Union leaders must have a constructive engagement with their colleagues and management of the institution to promote enabling atmosphere for learning.

In his speech, the SU president, Olanrewaju disclosed that his administration’s agenda will focus on ensuring a peaceful academic environment/stable academic calendar in a conducive environment; ensuring an improved academic and welfare of students.

Olanrewaju demanded the renovation and introduction of new buildings into other campuses of the University so that other students can also feel and enjoy the taste of being in a higher institution.

“Increase in the number of staff at the University Health centres and the pharmacy section should be well-stocked with drugs so that heath delivery services will be effective.

“Today, we affirm our unity, our strength and our intellectuality as a Union. As from today, our journey will never be the journey for the weak. But the journey in the story of the courageous, book of the bright, thoughts of the thinkers and insight of intellectuals and forever being a sincere ambassador of peace. This is the journey we will continue on today as a union,” the students’ union leader added