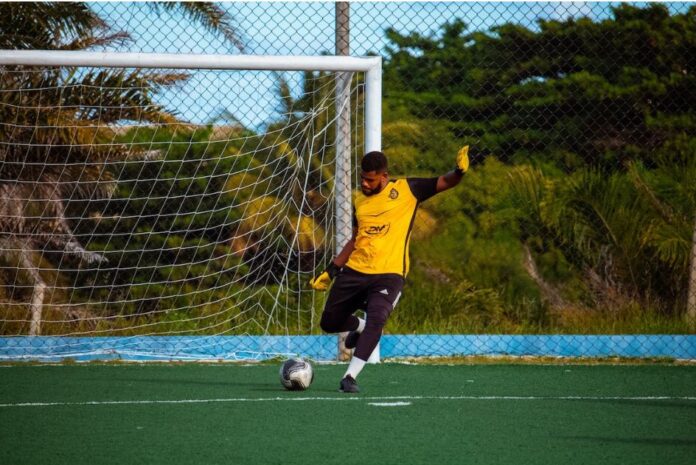 Football is a huge passion in Nigeria, and that much is well-known. The sport can be found anywhere, from the dirt roads of remote villages to the immaculate turf of major league stadiums. But what makes football such a hit in Nigeria? Why do people know the results of today’s premier league match like it’s their business?

Football was always the common man’s sport, and you can see this in Nigeria with little effort. It is a simple game, so it is no surprise that football resonates so deeply with so many people. In this article, we will delve into the fascination of the Nigerian people with the beautiful game and the factors that contribute to this fascination.

Blessed with the very talented Nigerian national team, the Super Eagles, Nigeria’s national football team, has been very successful, which has contributed to the sport’s growth in popularity in the country. The Super Eagles have advanced to the round of 16 at the 1994 and 1998 FIFA World Cups, further than any other African nation. The Super Eagles are well-respected not only for their on-field achievements but also for their fashionable uniforms and enthusiastic fans. The whole country seems to unite in joy whenever the team plays.

Football they say unites the nation,although Nigeria has over 510 native languages and a lack of funding for sports, it is a sporting powerhouse. This month of football craziness has us feeling more patriotic than ever before. We have come together as one! None of the usual talks of class and racial divide are present. In the end, all that matters is how we played, who scored, and whether or not we won.

Football has the ability to unite people, foster a sense of national pride and unity, and forge an optimistic and welcoming community. Although lacking at other times, these qualities are crucial for a country as divided as this one (e.g., cultural, ethnic, and religious).

Oftentimes we all need an escape from reality, football offers Nigerians a welcome diversion from the hardships of living in a developing nation. Jobs might be scarce, crime is widespread, and the country’s political climate is unsettled, which makes life difficult for many Nigerians. Many Nigerians find relief from their daily stresses by tuning in to watch either their local team or the national team, the Super Eagles.

Even being able to get some money through healthy wagers, football’s meteoric rise to prominence in Nigeria is likely at least in part attributable to the fervor with which many fans follow the game and the opportunities for wagering that the sport continues to present. Many Nigerians continue to indulge in one of their favorite pastimes — placing bets on events happening all over the world—thanks to the accessibility of the numerous gambling sites that offer secure, licensed betting opportunities.

Finally, it’s important to note that football is not just popular in Nigeria; it’s also a significant cultural touchstone for Nigerian immigrants living in other countries. Football has long been a means by which Nigerians living abroad can maintain ties to their home country. Many Nigerians living abroad tune in to matches between English teams whenever they can, whether it’s Liverpool playing Manchester United or Arsenal taking on Chelsea. Football is a part of our culture.

In all,it’s easy to see why football is so popular in Nigeria, between the success of the country’s national team, its status as an escape from difficult realities, and its role in connecting Nigerian immigrants with home. It unites people and gives them something to look forward to and be proud of. May the passion of Nigerians for football never fade!