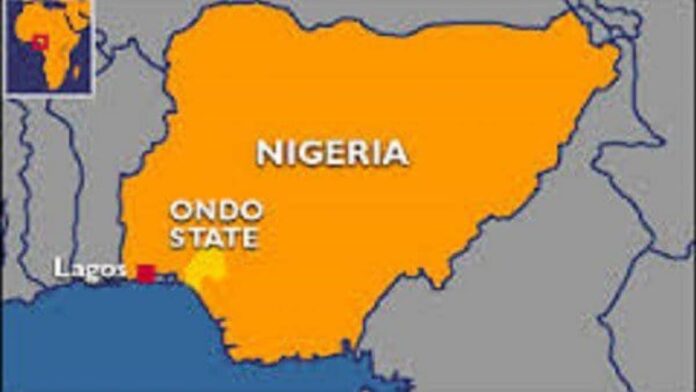 Two mobile policemen and one civilian have been shot dead by gunmen suspected to be armed robbers in a bullion van attack in Ondo State.

The attack occurred on Wednesday evening in the Costain axis within the commercial town of Ore in Odigbo Local Government Area of Ondo State.

The attack was coming barely two weeks after a bullion van was also attacked in the Emure-Ile axis of the state by robbers.

According to sources, the dare-devil armed robbers opened fire on the bullion van and the escort van while on motion.

One of the sources said the bullion van was conveying an undisclosed amount of money to Rubber Estate, Araromi Obu, Odigbo Local Government when they ran into the robbers.

The robbers were said to have carted an unspecified amount of money after the attack.

With the attack being the third within the space of six weeks, a total of four policemen have so far been killed in the attacks.

Confirming the incident, the Spokesperson of the state Police Command, DSP Funmilayo Odunlami, said a policeman and the driver of the bullion van were killed in the attack.

While stating that investigation had begun, the PPRO said police were already on the trail of the robbers towards apprehending them.

The PPRO added that the remains of the deceased persons had been deposited at the morgue while those injured were already getting medical attention.

Oyo state government has charged technical desk officers to focus on projecting development in their activities by mainstreaming the Sustainable Development Goals (SDGs) into their development plans  across its local government and local council development areas.

This was part of the charge given to participants in a capacity building workshop organised by the state government for desk officers in the 33 Local Government Areas and 35 Local Council Development Areas of the state.

The directors of Budget, Research and Planning serve as desk officers of SDGs at the council level across the state.

The capacity building workshop was flaged off by the Chief of Staff to Governor Seyi Makinde, Mr Segun Ogunwuyi, at the Ibadan Business School, Bodija, Ibadan on Wednesday.

Speaking at the event, Ogunwuyi, who was represented by the deputy Chief of Staff, Abdulmojeed Mogbajubola, said the workshop was in line with the belief of the Governor Makinde-led administration in enhancing the capacity of workers to be more productive.

He said: “Basically, the trend of things in Oyo is that the four pillars the government is leveraging is: education, security, health and economic development taking cooperative advantage in the area of agriculture. But there is also something that the Governor Seyi Makinde-led administration is doing so strongly, he is developing, training and retraining the workforce of the civil service. So, it’s about training the personnel at the local level so that productivity in Oyo state can increase.”

In an address at the workshop, the Senior Special Assistant (SSA) to the Governor on Sustainable Development Goals (SDGs), Mr Kunle Yusuf, explained that since the current administration relied on logic, data and science in its policy formulation, training and sensitising policy drivers at the council level is necessary to ensure the grassroot keyed into the four pillars of development of the state, which also correlates with the SDGs.

While urging the participants to always promote development in their councils, Yusuf noted that when technical officers are trained, they would properly support politicians to drive needed development, stating that it is the first time the SDG office would be training technical desk officers in all the LGAs in Oyo state.

He disclosed that the reason for the training is that the present administration is driven by logic, data and science, saying since the Department of Budget, Planning and Statistics is important to SDG, the officers are being trained for them to understand the concept of SDG and to mainstream the SDG into local government development plans.

Yusuf noted: “We thank the governor for approving the capacity development workshop because they are policy drivers who are to train the technical people who will support the politicians and you will see development all across the state. SDG is about leaving no one behind on development. It means that from today, they should be projecting development in their various LGs. And the only way to do so is to allow the LGAs into the four pillars of this administration.”

Goodwill messages were equally received from a representative of the council bosses, and the Statistician General of the state, Teslim Adekunle, before the technical session of the workshop commenced.