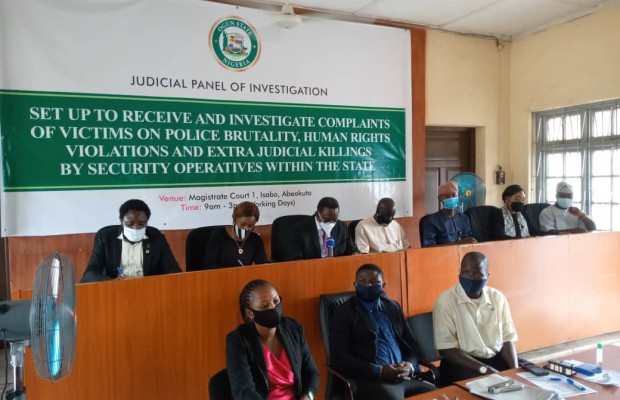 Awwal Musa and Musa Adamu Abati who could not speak, read or write in English language were encouraged by the Panel to present their case with the assistance of an interpreter.

Açcording to statement from the Media aide to the panel, Femi Osipitan, the two pepper sellers had in their petition alleged that ASP Samuel Ayebo, Inspector Ojo Aderemi and Sergeant Abayomi Egbetokun assaulted them, with one of the police officers firing shots at them on 20th February, 2020 while doing their lawful businesses.

Musa in the petition was quoted to have said that he was shot twice by the SARS operatives with the first bullet hitting his thigh and the second severing one of his toes, while Adamu was hit on the side of his head.

They requested government to pay each of them a sum of five million naira, to offset the medical bills incurred since the incident occurred and also to get them back to business.

The petition was thereafter adjourned to 26th January, 2021 for further hearings, cross examinations as well as to hear from the respondents.