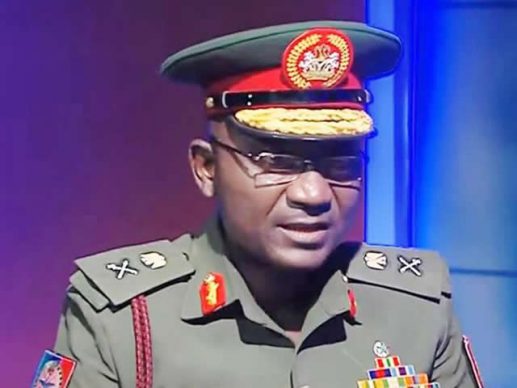 The Defence Headquarters says troops have eliminated no fewer than 108 bandits in North West and scores of terrorists in North East in the last one week.

The Coordinator, Defence Media Operations, Maj.-Gen. John Enenche, disclosed this while giving weekly update of military operations across the country between Nov. 19 and Nov. 25 on Thursday in Abuja.

In the North West, Enenche said that troops of Operation Hadarin Daji and other subsidiary operations have sustained aggressive operations with tremendous successes within the week.

He said the troops carried out series of raids, aerial ambushes, clearance operations and confidence building patrols leading to killing of several bandits and arrest of some of their collaborators.

Enenche disclosed that the troops had on Nov. 24, eliminated 82 bandits in air interdiction missions at Birnin Kogo forest in Katsina State and Ajjah forest in Zamfara.

He said that 17 bandits were also neutralised at Dunya forest in Katsina State through air strikes during the period.

He said the raids were sequel to credible intelligence and confirmatory surveillance missions indicating that dozens of Ansaru terrorists group-linked bandits had established a camp at the location where scores of rustled cattle were also being kept.

He also said that a total of 11 illegal miners as well as a number of bandits’ collaborators and gun runners were also apprehended during the period.According to him, troops continue to dominate the general area kinetically in order to deny bandits freedom of action.

“Thus, the locals are requested to continue to cooperate with the security agencies and provide necessary information that will be useful to our collective objective of eradicating criminality from the zone,” he said.In the North East, Enenche said the troops of Operation Laftya Dole maintained aggressive and responsive postures throughout the North East theatre, killing scores of terrorists and rescueing kidnapped victims.He said the troops on Nov. 19 intercepted terrorists who were on the verge of receiving a N2 million ransoms from relatives of kidnapped victims and rescued two women and three children from them.

According to him, troops neutralised one terrorist, while others escaped with gunshot wounds as well as recovered one AK-47 rifle and a motorcycle from the terrorists during the encounter.

He also disclosed that the Air Task Force had on Nov.22, knocked out an ISWAP logistics base and neutralised several of their fighters at Tumbun Rego in Borno.

In North Central, the coordinator said the troops of Operations Safe Haven and Whirl Stroke had continued to conduct raids operations on identified criminals’ hideouts in the zone with maximum results.

He said the troops on Nov. 19 raided a hideout of militias at Tor Donga in Katsina-Ala Local Government Area of Benue killing three bandits with several others fatally injured.

Enenche also disclosed that the troops arrested 36 suspected cultists and illegal miners in Jos and recovered arms and substances suspected to be Cannabis Sativa, among others.

I slept on the floor for 6 days, Iganna LG Chairman recalls kidnapping experience

No vaccine will be brought to Nigeria without certification – NPHCDA