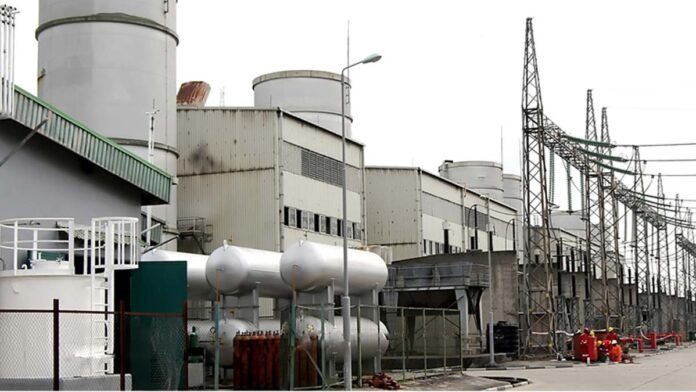 Transcorp Power Consortium has paid an equivalent of N26.25billion being 25 percent of the N105.3billion winning price for Afam Power Plc to formally takeover the assets of the company.

Announcing the payment at the formal handover of the company to the new owners on Thursday, Director General of the Bureau of Public Enterprises (BPE), Mr. Alex A. Okoh said the Consortium paid cash into the Federal Government account   with the requirements of the Request for Proposal (RfP) and approval granted by the National Council on Privatisation (NCP).

Okoh said the “emphasis on cash payment is to correct some misinformation in the media purporting that the Afam deal is a mere reconciliation of figures between the Federal Government and Transcorp”.

“For the benefit of those who wish to know, this idea was never accepted by both the NCP and its several sub-committees. However, with the payment of the money by Transcorp to the treasury, we hope this unfounded and concocted information being fed to the public would stop.

He noted that the formal handover of Afam Power Plc and Afam Three Fast Power Limited to Transcorp Power Consortium marked a significant milestone in the process of the privatisation of the last successor generation company of the defunct Power Holding Company of Nigeria (PHCN), adding that “it is a culmination of several years of painstaking efforts by the National Council on Privatisation (NCP) and the Bureau of Public Enterprises (BPE) in the face of daunting challenges”.

Recalling the need for the  Electric Power Sector Reform, the Director General said it  was conceived  with the objective of enhancing industrial and economic growth and development through the creation of a competitive electricity market.

“It commenced in 1999 with the inauguration of the Electric Power Sector Reform Implementation Committee (EPIC), which culminated in the enactment of the Electricity Power Sector Reform Act (EPSRA) 2005. The ESPRA 2005 repealed the National Electric Power Authority (NEPA) Act and created the Power Holding Company of Nigeria (PHCN) from which 18 successor companies were unbundled along functional lines, namely, Generation (six companies); Transmission (one company); and Distribution (11 companies)”, he stated.

According to him, the privatization of the sector is a key component of the reform and is one of the pre-conditions for the start-up of a competitive electricity market in Nigeria as well as a sensible avenue to reduce dependence on the treasury for support to an otherwise economically viable power sector and channel government resources to other ventures.

He added that Sequel to the previous failed attempt to privatise Afam Power Plc and the approval granted by NCP for the recommencement of a new process, the Bureau commenced a free, fair and transparent competitive process of the privatisation of Afam Power Plc and Afam Three Fast Power Limited, which culminated in Transcorp Power Consortium emerging as the preferred bidder with a combined offer of N105.3billion

Okoh noted the challenges facing the electricity sector in Nigeria but expressed the hope that the opportunities are far greater and certainly worth exploiting, and that the Federal Government has demonstrated strong commitment to create the enabling environment that would incentivise private sector investors to take on these challenges and the opportunities therein to ensure quality and cost-effective service delivery to electricity consumers while also receiving adequate compensation.

He charged Transcorp Consortium to use its proven capacity and pedigree as demonstrated with Transcorp Ughelli Power Plant and Transcorp Hotel, Abuja to transform Afam Power into an exemplary utility company of reference.

Chairman of Transcorp  Group,Mr. Tony Elumelu in his remarks, said access to electricity was key to economic growth of every nation  and that Transcorp Power will  justify the confidence reposed in it.

He promised to carry along the host community and the entire Rivers State in operations of the company.