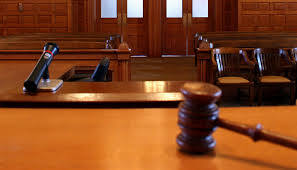 A 33-year-old trader, Samuel Olorunfunmi, on Wednesday appeared before an Okitipupa Chief Magistrates’ Court over alleged malicious damage of fence worth N500,000 in Ondo State.

The defendant, whose address was unknown, is standing trial in the court on two-count charge bordering on felony and malicious damage.

The Prosecutor, Insp. Ayodeji Omoyeigha, told the court that the defendant, on July 20 around 6.00 p.m. at Apadeliun, on Erinje Rd, Okitipupa in Okitipupa magisterial district, committed felony with malicious damage.

Omoyeigha said that the defendant destroyed the house fence belonging to one Oke Akinwunmi.

The defendant, however, pleaded not guilty.

The Chief Magistrate, Mrs Mosunmola Ikujuni, admitted the defendant to N200,000 bail and a surety in like sum.

Ikujuni added that the surety must present evidence of one year tax clearance, paid to the state government.

She then adjourned the case until Sept. 30 for further hearing