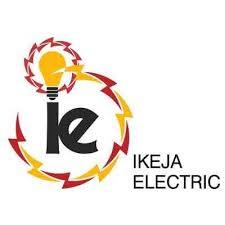 Ikeja Electric(IE) says it will invest N148 billion in two and a half years to upgrade infrastructure across its network in a bid to achieve improved service delivery.

Mr Olatayo Olalere, Head of Network Optimisation, IE, made the disclosure on Wednesday, at a webinar on Service Reflective Tariff (SRT) with the electricity distribution company’s customers impacted by the review.

Newsmen  reports that the new tariff regime came into effect on Sept. 1 with the approval of the Nigerian Electricity Regulatory Commission (NERC).

Olalere noted that according to NERC’s directive, customers enjoying less than 12 hours daily supply of electricity were not affected by the increment while others have been categorised into Bands A, B and C.

“As part of our improvement plans, a total of N148 billion will be invested in network infrastructure upgrade across the IE network based on the identified customer clusters to improve service delivery in two and a half years.

” The total investment which will be in phases will cut across infrastructure upgrade to support NMD metering, energy growth, network stability and efficiency,“ Olalere said.

According to him, the investment includes installation of additional 240 transformers to relieve existing overloaded transformers on feeders and replacement of panels in 21 injection substations.

He said the DisCo had also increased its Meter Asset Providers (MAPs) from three to eight to accelerate the metering of customers within its network of operations.

Olalere said that Section 6 of the Multi Year Tariff Order (MYTO) methodology provides for biannual minor review of the tariffs, taking into consideration changes in exogenous variables such as inflation, gas prices and foreign exchange rates.

Yoruba: Are We Accursed?