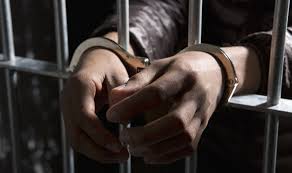 The Police Command in Ogun has arrested a suspected cultist as well as a notorious `Eiye’ confraternity leader, Akibu Tikare, 26.

Tikare until his arrest was alleged to have been on the wanted list of the command.

The State Police Public Relations Officer (PPRO), Mr. Abimbola Oyeyemi, stated this in a statement he issued in Abeokuta on Tuesday.

Oyeyemi said that the suspect was arrested by some of the policemen attached to Ogijo Division on Saturday at a scene of a robbery.

He added that suspect’s arrest followed a distress call received at Ogijo Division at about 9:30 p.m. on Saturday.

He said that the caller had informed the station that a group of armed robbers was operating between Gbaga and Kamalu area of Ogijo in Sagamu robbing people of their belongings at gun point.

“On receiving the information, the DPO of Ogijo Division, Mr. Muhammed Baba, led his men and some members of a vigilance group to the scene.

“There, the suspect was arrested while other members of his group whom he claimed came from Ikorodu and Owutu areas of Lagos State escaped.

“Some of the victims had identified him as one of those that robbed them of their belongings such as cell phones and cash.

“A locally-made-double-barrel short gun was recovered from the suspect,” he said.

Oyeyemi stated that the Commissioner of Police, Mr. Edward Ajogun, had directed the immediate transfer of the suspect to the State Criminal Investigation and Intelligence Department for discreet investigation.

He equally ordered the police to fish out those members of the gang that escaped during arrest.