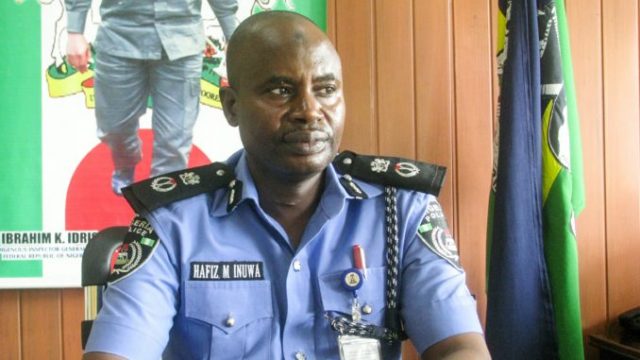 Delta State Police Command on Sunday confirmed that a cult kinpin (name withheld) in Asaba was gunned down following a gun battle between him (Cultist) and members of the Nigeria Police force.

The police commissioner in the state Hafiz Muhammed Inuwah who spoke to journalists in Asaba, said that the cult leader was killed by the superior fire power of the police when he engaged the men in gunfire and eventually a bullet hit him on the leg, adding that he was rushed to the hospital where he was confirmed dead.

Meanwhile, the Divisional Police Officer ( DPO) at the” B” Division of the Nigeria Police, Okumagba Avenue, Warri, Mr Benjamin Igometi, CSP, has assured Deltans that he will fight crimes and strengthen security in the area, noting that he has to synergize with the media to maintain cordial relationship.

CSP Igometi affirmed that no hiding place for Criminals adding that his team of policemen were ready to their hideouts, warning that any policeman found wanting would be recommended for a dismissal.

He said, “We are trained and if policemen deliberately erred and were involved crime he can be tried and dismissed from the police,” disclosing that what he met on ground as regards security would be improved upon, stating that on resumption he addressed his men to be committed  to the security of life and property

Recall that a group of civil society organization had last week stormed the streets of Asaba, calling for stiffer penalties for confirmed cultists, urging security agencies to rise to their billings, adding that the situation was getting out of hand.

Leader of the group, Mr. Victor Ojei said that in the past two weeks, a lot of persons involved in cult activities have been arrested in connection to the killings as they have also been charged to court, adding, “We say No to cultism, government should put an end to the situation, enact laws of punishment for cultists among others.”

But speaking further, CP Hafiz Muhammed Inuwah said that over sixty-seven suspected cultists have in the last few weeks arrested, adding that the police was determined to get rid of all criminal activities in the state, especially kidnappings and armed robbery, and warned those causing troubles as well as aiding criminal activities would soon be fished out as the police have set up various monitoring committees to uncover hideouts of criminals in the state.