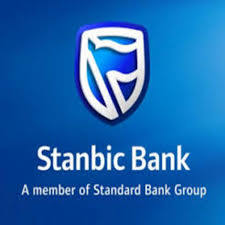 The management of Stanbic IBTC has disowned suspected ATM fraudster, Tope Olajide arrested for unlawfully withdrawing the sum of N427,000 using the cards of two customers of the bank.

The alleged culprit was apprehended around 7:30 am, on Thursday, 27 August 2020, by security operatives after he was exposed by CCTV footage using ATM cards he had allegedly stolen and converted, to make withdrawals from the accounts tied to the stolen ATMs.

The CCTV footage also showed the alleged culprit pretending to assist customers at ATMs while also attempting to fraudulently dispossess the customers of their ATMs.

He was subsequently arraigned before an Ikeja Magistrate Court on Monday, 14 September, for stealing the debit cards of two customers and using them to unlawfully withdraw the sum of N427,000.

But Stanbic IBTC, in a statement on its website on Wednesday said its attention had been drawn to news currently circulating in the media, about the alleged arraignment of staff of the bank on charges bordering on the theft of customers deposits.

“The Bank would like to clarify that the defendant, a 22-year-old Tope Olajide, is not, and was at no point in time an employee of Stanbic IBTC Bank PLC.

“The Bank would also like to implore members of the public to be security conscious when conducting transactions at ATMs. Customers are advised to report any suspicious actions around them to security operatives who are usually stationed around the Bank’s ATMs, when carrying out transactions at any of our ATM locations,” it said.

The bank said as an organisation, it held dear the values of integrity, and would continue to prioritise the safety of its customers effectively.

JAF, ASCAB protest against suspension of strike by NLC, TUC