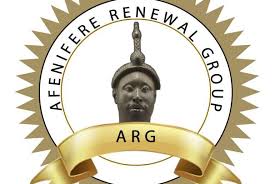 Structural problems have most recently begun to manifest divergently with strains of disturbances across the Nigerian Federation. The offshoots of these defects have their long root in several of the challenges bewildering the Country across spheres of life in the Federation. The societal imbalances that have manifested in troubling dimensions continue to render economic, political, and social workings of the Country in shambles and disarray. The disconnection among these fabrics of the society has continued to infuse strains inimical to the yearnings of growth and development. The reality  much more projects an entity suffering from backward pulls of destabilising forces.

The ugly status quo has been attracting reverberating grievances with continuous registration of displeasures, unhealthy for the Federation. Such expressions are distractions which by and large are inimical to growth. Expressing its dissent over the prevailing circumstantial state of matters across the Country, Yoruba Pan Socio-Political Group, Afenifere, has once again raised the alarm that the Country has become ungovernable and therefore on the brink of collapse. The Group raised the red flag at its monthly meeting held at the country home of its national leader Pa Reuben Fasoranti in Akure, the Ondo State capital. The group which decried the Government is “constructing a rail line and about N30bn highway to connect with Fulanis in the Niger Republic with whom the Fulanis running Nigeria have a cultural kinship”, said in a communiqué issued by its National Publicity Secretary, Yinka Odumakin that: “the truth is that the country had virtually become ungovernable and unless we restructure and restore Nigeria to federalism, the country is on the brink of collapse and God should save us from the worst-case scenario. And nobody should take this country on any childish ride, we should just implement the report of the 2014 conference now. As Nigeria enters the worst recession in 33 years and the second in 5 years of Buhari, we are equally besieged by attendant poverty hinged as well as insecurity worsening across the land with kidnappers, armed robbers and bandits on the prowl and government helpless and unable to govern effectively.”

The Communique read further: “Meeting reviewed the recent protests by young people against police brutality under the #EndSARS movement and its unfortunate bloody resolution by the repressive Nigerian government. To start with #EndSARS was a by-product of a unitary rule which promotes single policing that does not allow policemen to relate with their culture and in the process violate people’s rights because of clash of culture in the way SARS profile young people whose culture they don’t understand as criminals because they wear some haircuts and by the way they dress. lt was the peak of bestiality to open live bullets on peaceful protesters singing the national anthem and holding the national flag as it happened at Lekki Toll Gate on 20/10/20. lt has become more disheartening that the Nigerian government continues to tell all untruths about the massacre in spite of the CNN revelations and the Lagos coroner advertising unidentified dead bodies dumped in its mortuaries from 19-27 Oct 2020. lt smacks of absolute lack of conscience for anybody to still be talking of “massacre without dead bodies”. We are not sure that the current investigation is capable of unravelling what happened in Lekki. For instance, we gathered that two sets of soldiers came to Lekki, one from Lagos and another from Abuja. What mandate was given to each and by whom? We need to know why Lagos governor was allegedly blocked from reaching the president first after changing the curfew time and after the massacre. We commend the UK Parliament for their bold debate on the malady in Nigeria and welcome their decision to recommend sanctions against top officials of a supposed democratic government in Nigeria behaving like a junta. The meeting condemned Buhari government’s attitude of a dog that breastfeeds its own puppies and kills other animals for lunch as per management of borders. While the Seme and other Southern borders have been closed for a year now against our people and recently opened for the use to Dangote and BUA. We reject this apartheid policy and demand the reopening of Seme and other southern borders now! The meeting received the report of yet another provocative invasion of Chief Olu Falae farm a few days ago by Fulani herdsmen. We wonder if a group of Yoruba boys can go to the North and be harassing a northern equivalent of Chief Falae serially and war would not have been declared on Yoruba in the North now.” The group, therefore, called “on President Buhari who is also the grand patron of Miyetti Allah to bring this unfortunate development to an end now. There should be an apology to him also.”

In a similar vein, the Egbema ethnic nationality in Niger Delta on Thursday posed another dissenting grievance bordering on resource allocation. The group called on the Federal Government to grant it the opportunity to operate their oil resources and make returns to the centre just like the case of Zamfara State with its gold. Ogbako Egbema Alinso, the apex socio-cultural group that speaks for the oil rich Egbema people in Rivers and Imo States, also expressed sadness that it does not benefit from the 13% derivation oil revenue, lamenting that the area has being neglected. Speaking at the General Assembly of Ogbako Egbema Alinso, Port Harcourt branch, the President of the Body, Sir Ifi Igwebuike Francis, said the area needs better deal with the Federal Government as regards their oil resources, threatening that they would in the nearest future, resort to bellicose actions against the government if attention is not given to address their grievances soon. Speaking on behalf of the Group, he said: “Everybody knows that we are neglected. But we will cease to be neglected first quarters of next year. We will show that we have the strength not only to cry out, but to keep what we have. The Egbema man does not know anything about 13 per cent, we only hear it. We know that that 13 per cent is to develop the oil producing communities. Come to Egbema and see if there is any impact on oil revenue. Very soon we will go beyond what is happening in Zamfara State. The environment of the community is so polluted with the activities of illegal refining. We are going to set up an environment committee to liaise with relevant Government agencies very soon. We are fishermen and farmers, but now you cannot eat any fish without tasting crude oil. They are all over our forests. There should be a need assessment in the community. A well-planned development programme. They should go there and find out what the communities need and not individuals.”

The Public Relations Officer of the body, Engr. Ifeaka Nwakiri, had declared that the essence for the formation of the body was to fight and protect the interest of the Egbema people. According to him, the people of the area in the boundary on Rivers and Imo States have come together to speak in one voice, stating that they were earlier disturbed by their split into the two states.

It is noteworthy that the silence and lackadaisical attitude of the Government to address pressing issues have continued to weaken the fabric of the Country, pushing her to the precipice of disorderliness.  The strains which have continued to generate disturbances are forceful threats that should not be treated with levity. The posture of the Government to shy away from several realities that require bold steps to address, is anti-directional to the bearings of orderliness and progressive atmosphere needed to salvage the Country from a catastrophic fall. The refusal to address structural defects which have proven to have failed amidst present realities is a time bomb kept to blow off the Country if tolerated beyond the elastic limit.

The tradition of impulsive approach to pressing matters requiring preemptive move, is tantamount to gathering clouds of troubles which is capable of pouring down forces of commotion degenerating into uncontrollable seasons of anarchy. Every responsible government is such that is proactive. It is important that every structural challenges attracting grievances from various quarters be put on the top agenda of discourse for proper solutions. Such dissenting matters capable of breaking the Federation into fractional divisional arms should be addressed in the best interest of the Country. Moves towards this goal should be approached with grave sensitivity to time, objectivity, popular engagement, rational resolution and consensus, in the light of the most rational growth and development  navigating frameworks.

Groping around the prevailing circumstances in paddling a weakened Country amidst threats of fractional division, is an unhealthy and grievously ill situation the Government should not slack from addressing with utmost alacrity. The interest of the continuous existence of the Country should not be sacrificed for sectional, primordial, sentimental, and nepotic interests which are by and large grave threats capable of irreparably breaking down the fabrics of the Federation in disarray.

Forestalling a flight to an anarchical State

Food Scarcity: Treating the challenge as an emergency