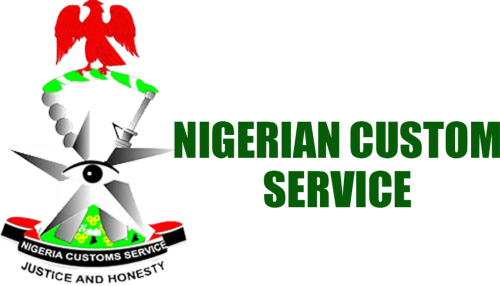 The faceoff occurred when officers and Men Zone ‘B’ team of Nigeria Customs Service, Ogun I Command went on information patrol along Oja-odan, Egua axis and intercepted about 18 bags of foreign parboiled rice (50kg each) from a convoy of motorcycles, and a motorcycle left behind by some suspected smugglers who absconded with some other motorcycles after sighting the Officers.

In a statement made available to Nigerian NewsDirect, the Public Relations Officer of the command,  DSC HB Oloyede stated that the attack was carried out on 26th September 2020 at about 0930 hours.

According to his statement, “On their way out, our officers were ambushed and attacked by a mob armed with dangerous weapons including Dane guns, bottles, stones and charms which was used to launch a vicious attack.

“One Officer, an Assistant Superintendent of Customs II AK USMAN was abducted along with his rifle by the hoodlums. The team immediately called for reinforcements of both Customs and other Security agencies for assistance in restoring law and order.

“However, the said rice and the motorcycle were evacuated inside the official patrol van and the team left the spot of the arrest.

“Consequently, a suspect in connection to the mayhem that led to the ugly incident was arrested at the scene and had been detained for further investigation.

“The Nigeria Customs Service notes with regret the death of one Mr. Idowu Moses said to have been hit by a stray bullet suspected to have been fired by one of the hoodlums using the firearm of the abducted officer.

“This explains why the rifle was returned without a single ammunition. We also wish to register our heartfelt condolence and prayers to the family and friends of the bereaved for this irreparable loss.”

He expressed that investigation is ongoing and the outcome shall be made public.

However, a relation of the deceased, Olatunji Olaniran who confirmed this, said Moses died on Saturday night at the Federal Medical Centre Abeokuta, the State capital where he was taken to for treatment.

The deceased, a panel beater, was working in his shop when he was hit by stray bullets fired by men of the Ogun State Command of the Nigeria Customs Service.

Moses was until his death the Chairman of the Nigerian Association of Panel Beaters, Oja Odan branch.

Olatunji said the deceased who was the only surviving son of his aged mother was immediately rushed to a private hospital in Oja Odan from where he was transferred to FMC, Abeokuta where he died.

According to an eyewitness, Moses was in his shop with another artisan when Customs officers identified as Jalo and Abdulahi fired shots that killed him.

The shooting of Moses is the latest by the trigger-happy Customs officers who appear to delight in shooting indiscriminately in crowded areas in the name of chasing smugglers.

No fewer than six of such indiscriminate shootings have been recorded mostly in Ogun State in recent times even as the Customs management appeared unperturbed as it has neither condemned the action nor brought any of the culprits to book.

The boys were playing in their compound when they were hit by Customs’ bullet.

UN appoints NAPTIP’s DG into UNODC board of trustees