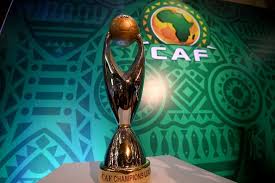 The Simba Sports Club of Tanzania has arrived in Jos for their encounter against Plateau United FC in a CAF Champions League preliminary round match billed for Sunday, Mr. Albert Dakup, the Media Officer of Plateau United said  in a statement on Saturday in Jos.

According to Dakup, the team, comprising 30 players, technical crew, the Chief Executive Officer of the Club, as well as backroom staff, landed at the Yakubu Gowon Airport, Heipang , aboard a Max Airline flight at exactly 5:07pm  on Friday.

He said the 46-man delegation of Simba SC,  which arrived in Nigeria via the Nnamdi Azikiwe International Airport, Abuja on Wednesday, was led by Ahmed Msafiri Mgoyi, in company of the Tanzanian Ambassador to Nigeria, Dr. Benson Bana Tzambassadir.

The delegation was received on arrival in Jos by the Chairman of the Plateau State Football Association, Mr Sunday Longbab, in company of other members of the association and management staff of Plateau United, Dakup said.

It was reported that the match, which is expected to kick off at exactly 4 pm., would only be watched by 30 per cent fans in strict compliance with the COVID-19 safety protocol stipulated by the National Centre for Disease Control (NCDC) and the Presidential Task Force on COVID-19.