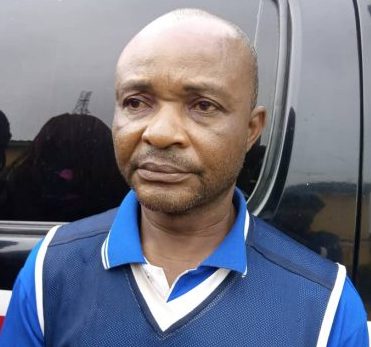 One of the distinctive features of man is his ability to relate and adapt perfectly within his environment. This include fellow human, animals, the spiritual and temporal. While extreme emphasis had been placed on the dominating cum leadership role of man, it also cut the attention of expert in several parlance. For instance, religious, human capacity development expert, scientific and human resource expert asserted to the inexhaustible capacity of the human mind in transforming his environment. In fact, Research has it that most astounding men that contributed maximally to development voyage of societies, exercise one percent of their brain power, which itself talk about versatility of human mind, and the undeniable developments showcased through ages exemplifies the continuum in man quest for better life. This is evidenced from the iron age, through information age.

Furthermore, the quest for a well-balanced society had engaged philosophers and opinions leaders with each contributing his quota. This had brought about proliferation of ideologies, discoveries, and moral laws that has been acknowledged as standard or basis for human relation. Names like Abraham Lincoln, Karl Marx, Charles Darwin, among others resonate and associated with specific theater of human life. But the paradox of the whole thing is the more man strive to unravel the barrage of problem starring it in the face, the more complex it becomes. This does not indicate the dearth of solution nor exemplify weakness but the nature of life itself.

Among chains of vices bedevilling human society in recent times are the troubling cases of rising infidelity in marriage and child sexual molestation. Infidelity in a layman’s word depict unfaithfulness on either part of engaged spouse, that is, when there is a cheat on the other by either the man or woman counterpart in a relationship. This could be in terms of affection, love, emotion and ultimately sexual intercourse. Problems emanating from this had sent many to early grave. Several reasons have been advanced for this malady and abnormality in our clime. While some credited the reasons to basic needs, others have made us realized that sexual incompatibility is also a point of reference.

On similar grounds, the menace of child abuse in terms of sexual molestation,  has become pervasive in our society especially in the face of abject poverty, destitution, and in the recent time the effects of the novel pandemic (COVID-19). We have had several reasons advanced for this unhealthy practice. Some of these are off-shot of societal decadence which poverty remains a base. Whatever reasons advanced by the pedophiles, it’s a criminal offense and should be frowned at.

How infidelity has led to breakage of relationships and homes is reflective in the case of Mr. Amzat Ibrahim and his wife, Zainab. The couple whose union has been exposed to the storm of sunder have approached the court seeking divorce. Amzat Ibrahim, a musician, narrated his ordeals at Ile-Tuntun Customary Court in Ibadan on Thursday, stating that his wife Zainab is an adulterer who has slept with his best friend. Amzat made the allegations in a counter statement after Zainab prayed for divorce on grounds that her life was being threatened. Now what threatened her life remains a mystery to all!

Speaking before the Court, Amzat said, “My lord, the truth is that Zainab and I fight because of her infidelity. Zainab and my close friend are romantically involved. She disappeared from my house for three months, and took my children away. I later found out that she took them to my friend’s house. I caught the two of them in bed,” Amzat said.

In her own account, Zainab who operates a drinking joint informed the court that her husband was threatening her life, she alleged that he humiliates and insults her around town. “He keeps monitoring my movements,” she told the court. The President of the court, Chief Henry Agbaje, advised the couple to substantiate their claims before the court by providing two of their relatives.

The case of Charles Ekwe is another reflection of both infidelity and sexual child abuse. The gender-based unit of the Nigeria Security and Civil Defence Corps (NSCDC), Lagos Command, arrested, Charles Ekwe, a 48-year-old man, for allegedly sexually assaulting a 13-year-old girl at Surulere Street, Ojo, Lagos State.

It was learnt that Charles started assaulting the victim, who is his wife’s niece, whenever his wife was away from the house and also inside his shop. He also allegedly introduced the victim to pornography and threatened to kill her if she told anybody about the affair. It was gathered that when the victim’s aunt, Mrs. Blessing Ekwe, noticed that something was wrong with her niece prior, she interrogated her.

The above and many others vices ravaging our society is daily moving out of control, with disturbances to virtuous human life. Religious leaders and social thinkers are needed to do more in doling out information that morally revitalizes and reforms the society, while individuals are to understand the dignity of humanhood.