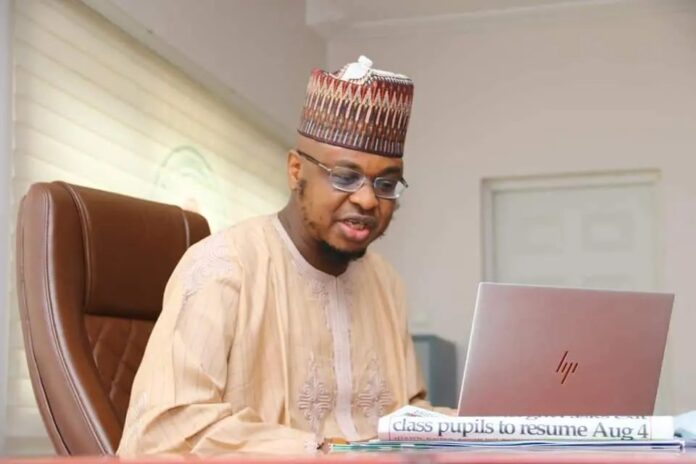 The Senate has mandated its Committees on Legislative Compliance and Communications to invite the Minister of Communications and Digital Economy, Isa Ali Pantami, to impress on him the need to implement the resolutions of the Senate regarding security related mandate of his ministry.

The decision was reached in a resolution which followed the consideration of a motion on the spate of growing insecurity in Nigeria.

Rising under Order 42 and 52 of the Senate Rules, Senator Emmanuel Bwacha (PDP – Taraba South), noted that “the rate of insecurity in Nigeria has not only increased astronomically but has reached a melting point.”

According to the lawmaker, the challenge has manifested in kidnapping, banditry, armed robbery, assassination and other criminal activity in the country.

“The assassination of Nasarawa State APC Chairman and other high profile cases are still fresh in our memories. A Chinese National was recently abducted in my community, his whereabouts is still unknown,” Bwacha lamented.

He further expressed worry that “there is growing suspicion of complicity of officials of state saddled with the responsibility of protecting lives and properties of the citizens, but compromised in the process.”

“This is heightened by arrest of several security operatives involved in armed robbery and kidnapping activities across the country. It is only in Nigeria that communication facilities can be used without a biometric process, no valid identification of passport details (in the case of foreigners) in place to check abuse”, the lawmaker added.

He raised the alarm that “bandits, terrorists negotiate for ransom using telephones and getting away with it,” querying, “how can we be so negligent and insensitive to the safety and security of citizens?”

“Senate is concerned that the confidence between the protected and the protector is being increasingly eroded resulting to breakdown of law and order as demonstrated in the #EndSARS protest which was subsequently hijacked by miscreants.

Further notes that political permutations across the landscape are attracting politicians to recruit criminals for the purpose of destabilizing the corporate existence of Nigeria.

“These evil intents can be easily achieved given the poor control over communication facilities viz inability of our security apparatus and service providers to effectively manage this all important sector,” Bwacha said.