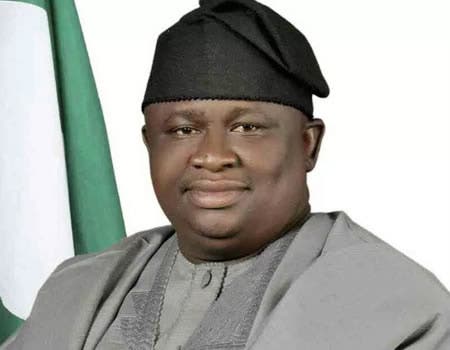 Sen Adeola Olamilekan fondly called Yayi, the 2023 senatorial candidate for Ogun West has doled out N11.8M to support the weekly meetings of the All Progressives Congress (APC) across the 59 wards in the senatorial district.

Sen Adeola Yayi, though currently represents Lagos West at the upper chamber but had since moved his political base to Ogun State being an indigine of Ilaro, headquarters of Yewa South local government area.

The kind gesture is in fulfilment of Sen Adeola’s promise to leave no stone unturned to ensure that the teeming APC members across Ogun West senatorial district hold their meetings without any hindrance while also mobilising for the victory of the party ahead of 2023.

Our Correspondent gathered that this sum of money covers a period of one month, that is from September 18 to October 17, 2022 and each ward is to receive N50,000 weekly to enable them host the party meetings successfully. The kind gesture which will henceforth be monthly is said to be unprecedented in the running of the party affairs in the senatorial district.

Presenting the cash support on behalf of the second term senator, Dr. Iziaq Kunle Salako, the Director General of Sen Adeola Campaign Organization,  admonished the APC ward chairmen to ensure that the fund is utilized for the purpose for which it is meant without any form of discrimination.

The Ward Chairmen have however thanked Senator Adeola for the unprecedented gesture and assured him that they will work hard to ensure his emergence as the Senator representing Ogun West in the forthcoming general elections.