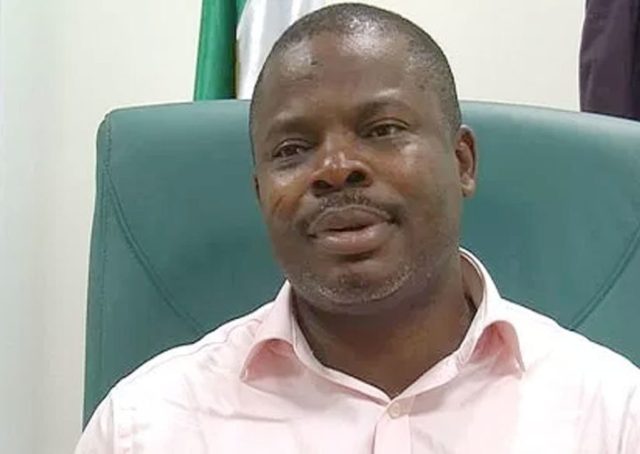 Following the protest by Nigerians on the agitation against Police brutality, a member of the Green Chamber, Deputy Leader of the House of Representatives, Hon. Peter Akpatason said the disbanded Special Anti-robbering Squad(SARS) activities have been detestable in recent years while urging protesters to take a break.

In a chat with Nigerian NewsDirect on Friday in Abuja Akpatason said, “I was not surprised about the protest as well as the demands made by the Nigerian people who belive that the police force ought to be a service that actually protect human right and treat Nigerians with very reasonable amount of respect , respect for both human dignity and regard for lives of the citizenry unfortunately that is not report they are so brutal and reckless. based on the report that he is getting there are to many accounts of Police brutality”.

He noted that the activity of SARS of the past few years has been destable following the report we are getting about their disregard for human rights,  encroachment on citizen’s privacy, senseless brutalization.

He disclosed that “Nigerians are very worried, we too are equally worried as well as other Nigerians about this very unfortunate report about their activities.

Akpatason said The honourable member commended president Buhari on his quick response while lauding the President approval of the demands made by the protesters.

“I think that I personally appreciate Mr President response in accepting the entire demand placed on the Government by the protesters.

“I have been in the struggle for a long time I have actually not seen a situation or will I say hardly will a government accept wholly all the request placed for it by protesters be it Labour, civil society or whatever . I will say the action of Government is commendable in that respect”.

He adviced the protesters to take a break and go back to the drawing board so that they  can actualize their demands.

“It is not in the seat of struggle that, that could be achieved. There is need to consider a cease-fire so that the leadership of the various groups can now come together to engage the government in a dialogue which is aimed at ensuring modalities  for  implementation for all that they have agreed”