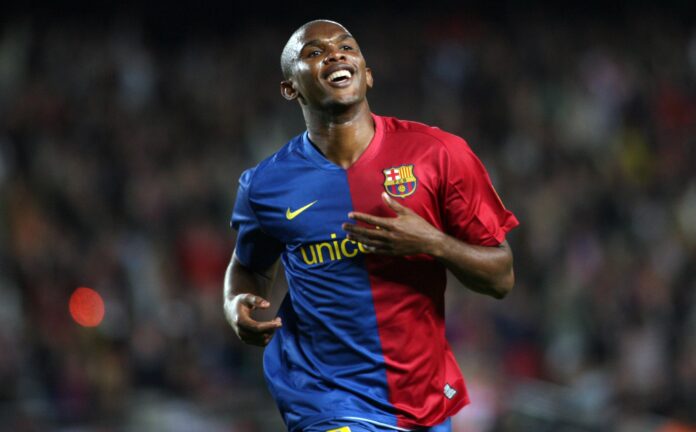 Former Barcelona and Inter striker Samuel Eto’o could be set for a remarkable return to professional football – in Spain’s third tier.

Eto’o announced his retirement from the game in September 2019 following a spell in Qatar, however, a return to Spain looks more likely now.

Tercera Division side Racing Murcia are keen to bring the Cameroonian to southern Spain and draw him out of retirement, with a deal in the ongoing according to the club’s president.

Murcia, who were only promoted to Spain’s third division last season, benefit from investment from the UAE and Mexico.

Speaking to Radio Marca, club president Morris Pagniello said: “At this time of the morning I would say that the signing of Samuel Eto’o by our team is at 50-50.

“Next week we will know if we can sign Eto’o. If not, we have a Plan B prepared. We have several investors in Mexico and the Emirates who can financially compensate the operation.”