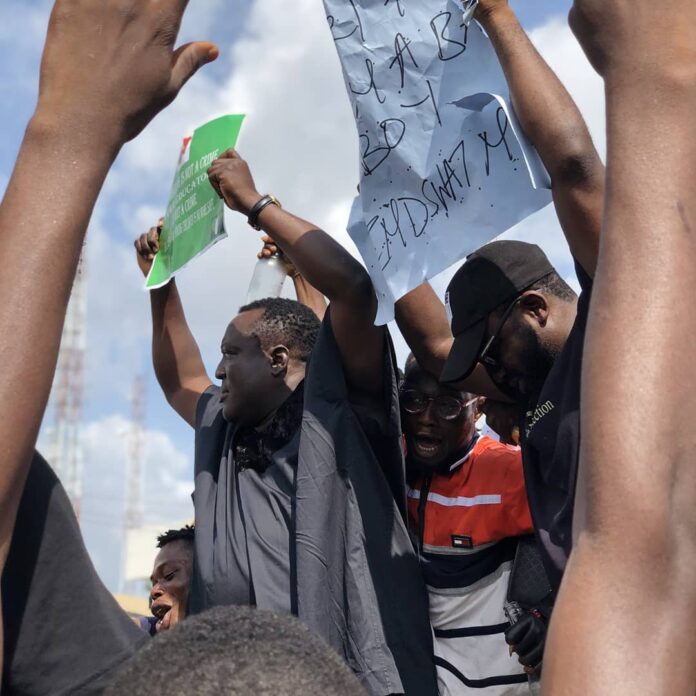 …as #EndSARS protesters shut down Challenge/Ring-road

The Fuji musician who arrived the scene of the protest at exactly 3:00pm was thronged by a marmount crowd at the round-about in Challenge. 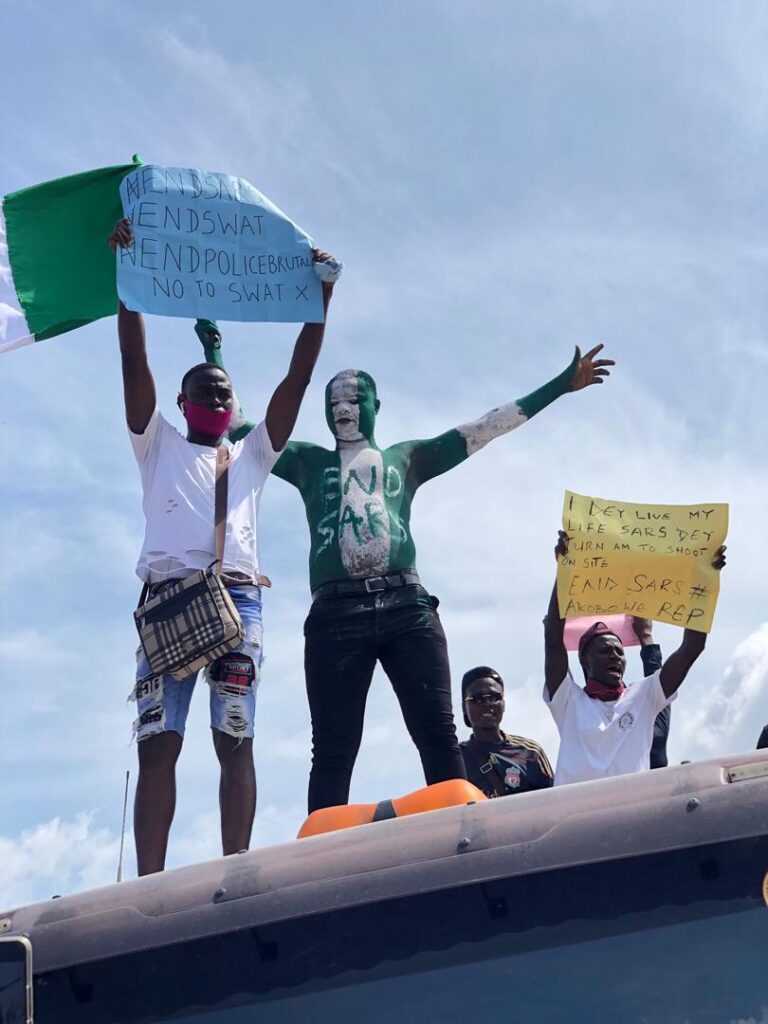 Addressing the crowd, Osupa described Buhari as a dunce and a figure head and demanded that the government heeds to the demands of Nigerian youths.

The musician went on further in the evening to hold a free concert on the protest ground.

At the protest, protesters were seen to be demanding for the resignation of the president and  for the total scraping of the Special Weapons and Tactics(SWAT) while singing and dancing to various chants.

Our correspondent also observed that protesters were heavily guarded by operatives from a private security firm while food supplies in form of Amala,Pizza from Dominos, amongst others were some of the food items shared amongst the protesters for sustenance. 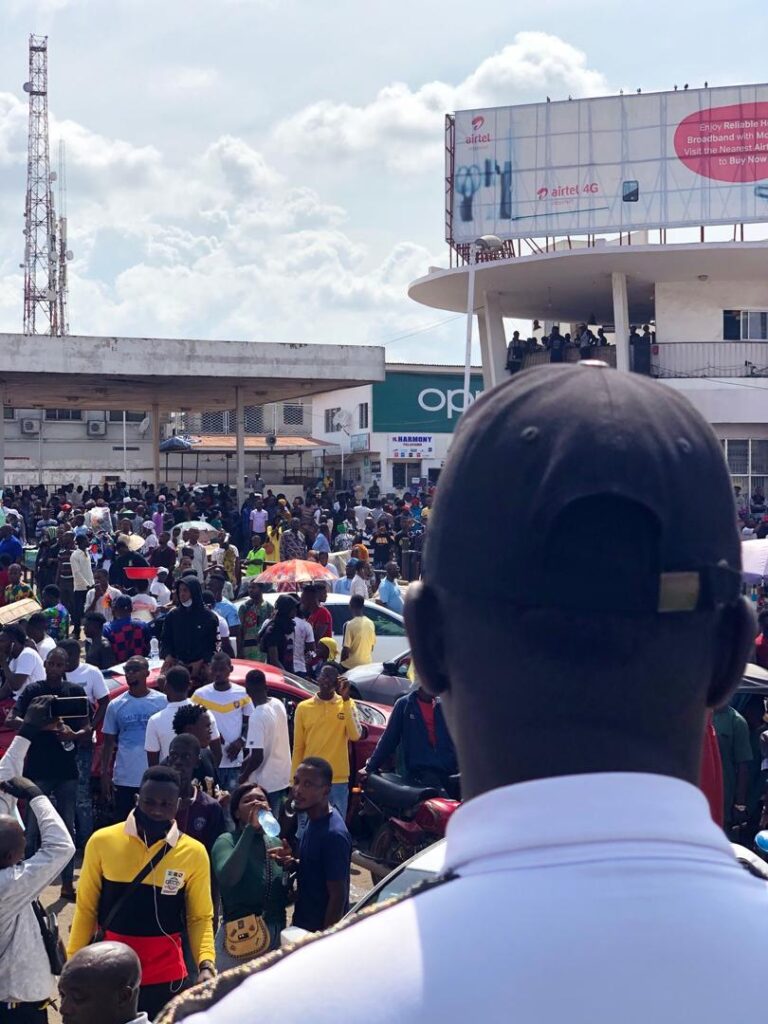 Speaking with Nigerian NewsDirect corespondent present at the protest ground, a trader disclosed that due to the protests she has sold most of the wares she sells.

According to her, it will take me almost 6pm by evening before I sell all the food that I prepared for the day but this is 2pm and I have already sold all that I prepared.

Hawkers who were also present at the protests ground added that they have completely sold their drinks and water to the protesters because of the high demand. 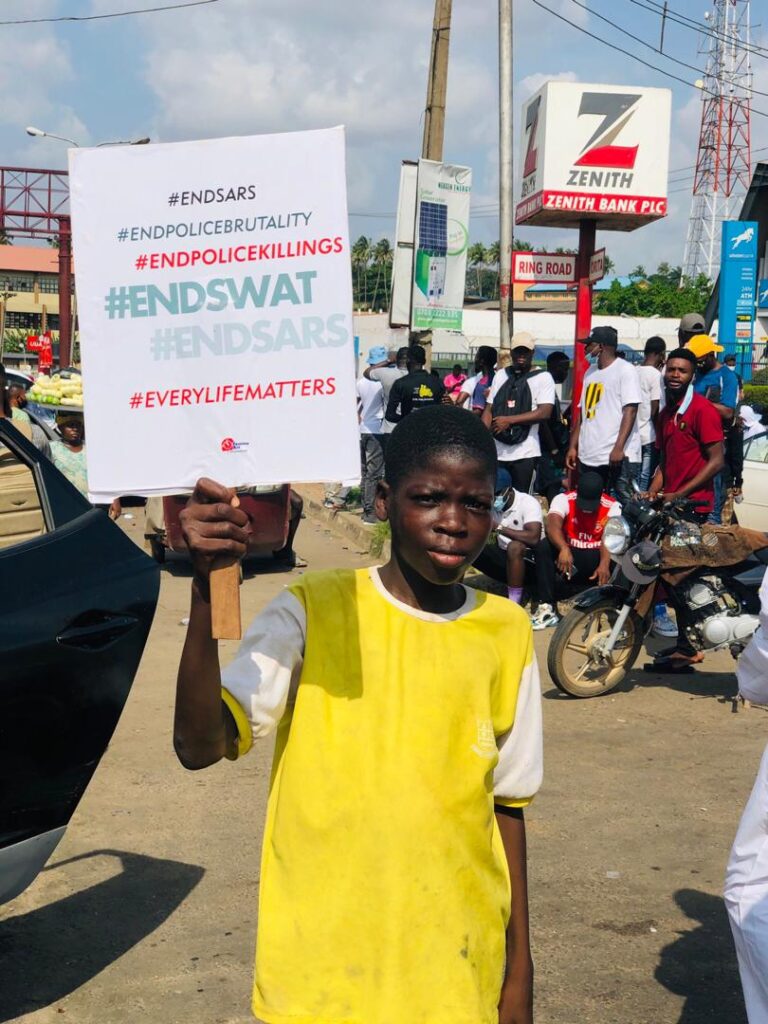 The roads which lead to Mokola, Molete,Ringroad, Orita and Challenge were also blocked as motorists and travellers complained of extreme traffic.

This development caused great distress for motorists and commuters due to the terrific traffic congestion created by this blockage as many motorists had to look for other alternative routes to beat the blockage.

Our Correspondent observed that many people had to resort to taking Okada, the commercial motorcycle even though at exorbitant fare as the Okada riders equally exploited the situation to jerk up their fares by 200%