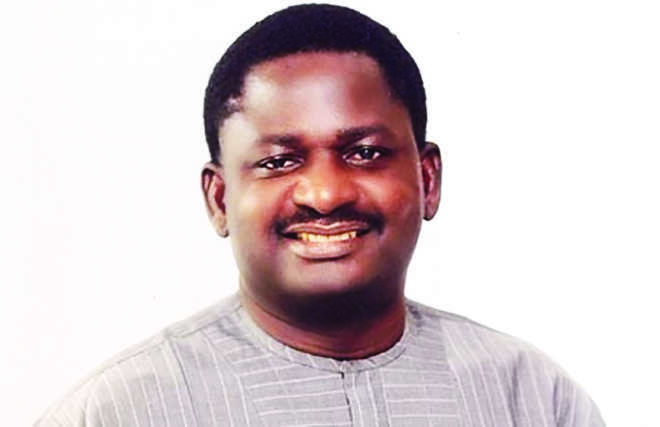 In this Interview with the Publisher, Nigerian NewsDirect, Dr. Sam Ibiyemi, the Special Adviser to President Muhammadu Buhari on Media and Publicity, Mr. Femi Adesina, speaks on national matters of interest. On security, he said the fact that President Buhari has chosen to keep the Military Chiefs, is relative to military experience which may not be understood by the general public. He laid emphasis on the need for Nigerians to begin to appreciate the Country in good light. On the fatalities that trailed the #ENDSARS protests, he spoke on the need for Nigerians to learn to accept the dialogue option in addressing demands. Among other subjects of interests, he commented on the issue of restructuring, the state of the economy, the call for sack of security Chiefs; rising debt profile; and the politics of 2023 Presidency. Excerpts:

Five years of President Muhammadu Buhari have been characterized with a lot of  appointments of Nigerians into International Organisations but yet we still have grumblings from people. How do you comment on this?

The #ENDSARS protest  has come and gone; what do you think are the lessons to draw for the future of Nigeria?

Well, democracy will allow protest as long as it is within the boundaries of the law. What we should learn however is that, protest can always be hijacked and misdirected. Eventually, it was hijacked and misdirected for evil and we saw the toll in terms of destructions of public and private properties; and then the loss of lives. It started as a good movement and the President acknowledged that it was a genuine protest but you see how it ended. Therefore, we should learn when to follow the path of dialogue. We should learn to accept the dialogue option and we should be careful so our good doesn’t become evil in our hands. That is what I think we should learn from #ENDSARS.

As part of the demands which have trailed the  #ENDSARS campaign, some people have been raising the issue of restructuring, while some are talking about the reformation of the  Police. From the angle of the Presidency, what is the way forward?

It will not be from the Presidency. it will be from the angle of the party because even the President derives his legitimacy from the party and we know that the All Progressives Congress (APC) as a party, has devolution of powers in its manifesto and a  committee was set up to look at devolution of power and recommendations has been made and submitted. I believe that within the life time of this administration, those recommendations will be looked at. It is a matter of normenclature;  whether it is reconstructing or devolusion of powers. All that matters is, let us have a structure and a configuration that works for the country and we will get there.

On issues bordering on the integrity of the Police and the Police Service Commission, what level of mediation or action is the President taking on these challenging issues?

On the economy, about five and the half years ago  the President came with the campaign to revive the economy, how can you defend the present state of the economy?

Well talking about the economy, we see that the economy that this administration inherited was an economy that has been inclined to fail; an economy that has been prone to recession. It was inevitable that the recession will come because the economy was not diversified. It was an oil business economy  and  oil price crashed  from $100 to $37, even up to  $27 per barrel, among other  issues. So, there was no way Nigeria could avoid the recession of 2016. When you don’t save for the rainy days, when those rainy days come, the rain will beat you because you have had no savings; and that was what happened to Nigeria. So, it was inevitable that the economy will go into recession in 2016 and it went in there. Through hardwork and dedication, it came out of recession in one year and we began to rebuild. We were rebuilding and the economy was edging up gradually before the disruption by COVID-19. The projections were good for 2020 and suddenly COVID-19 came and took us back and the projection now is that before the end of this year the economy will go into recession again, but by next year we will come out from it. So, it shows that  fundamentally,  the economy is still very strong. In fact, we didn’t hit the point of the negative projection for the lockdown period. The projection was that it is going to be seven percent negative but we recorded about six percent negative. You see how the world fell in terms of the economy. Almost all economies contracted except China, and incidentally Coronavirus started in China, but China still recorded three percent growth. Some economies contracted to about 16 percent and some as much as 30 percent. Nigeria still did well relatively and it’s projected that by next year we will be out of that recession. I think while we are not where we wanted to be economically, we should be thankful to God for where the Nigerian economy is. It could have been worse with the collapse of oil prices amidst Coronavirus lockdown. It could have been worse but seeing where we are, we should thank God.

There was an alarm raised by the Federal Minister of Finance, Budget and National Planning, Zainab Ahmed that Nigeria’s debt may hit N38 trillion by December 2021, what does this signify to the economy?

But the Finance Minister herself had also said that the Gross Domestic Product (GDP) of Nigeria could support the borrowing. As long as our GDP can support our borrowing, there will be no cause for alarm. Infact, the IMF (International Monetry Funds) had said it in the past that Nigeria was even under-borrowing compare to our GDP. So, as long as our GDP can support the borrowing we have, there is no cause for alarm. When you borrow for consumption, there is a problem but when you borrow for developmental purposes, there is administration and it is for our own good.

President Buhari has been accused of being sentimental on religious and ethnic grounds, working with him for over five years, what would you say about these allegations?

Well, fortunately a lot of people criticize what they don’t understand and they have not really understand President Buhari till date. You know they just label Mr President and they will not seek to understand whether he is that way or not. This is the man I know personally; he is a man I have worked with personally; he is a man I am glad to work with because he is completely different from the way he is portrayed. My counsel to all those who still believe lies about him, that Mr President is this and that, is for them to have an open mind and to seek to understand this man, because those of us who work with him will write, will speak and tell you this is the way the man is. However, some people still want to stick to their former impression about him. They should rather have an  open mind about President Buhari.

Reports of moves by some personalities who are suspected to be interested in 2023 Presidency is becoming popular, what is your position on this?

Well, it will be premature now to speak for 2023, because I speak for Mr President now.

Recently, Pastor Tunde Bakare who is President Buhari’s friend has declared his intention to run in full preparation towards 2023, what do you say to this?

Pastor Bakare is entitled; he is qualified, so a lot of qualified people can aspire and they can talk about their aspirations in terms of real politicking.  The time is not ripe yet, because there is usually an electoral calendar for commencement of electoral politicking actively. When that calendar is not out, then you are breaking the law.

On security, many people have called for the sack of the Security Chiefs while banditry in the Northeast and Zamfara is still on the rise among other parts of the Country, what should Nigerians expect from the Presidency?

The President is the Commander-in-Chief of the Armed Forces and the Commander-in Chief is the one that has the perogative  to appoint or dismiss Service Chiefs. Since he has decided to keep them;  it is his pregorative to do it because he is the one who knows how he assesses them; the ordinary man may not know. So, if he assesses them and he is satisfied with them, he is the President. If he also decides to change them it is within his power as President.  So, there must be something Mr President has seen in his service chiefs that made him to retain them.

Nigeria is suffering infrastructure deficits, what do you say to this?

This is a wide and complex issue. Infrastructure deficit in Nigeria is very huge. When this administration came in by 2015, the budget for the previous year for that sector was just about N18 billion but this administration in that same year spent about a trillion on that sector. So, you can see that the sector has been left to decay and degenerate for years. So, all that deficit cannot be reversed in a short time. It is a continuous work; a work in progress. A lot is being done in terms of infrastructure generally and I believe that this administration will do its best and take the country up to a point and after that another administration will continue reversing infrastructure deficit. It is not something you do in one year. It takes a while; it is a continuous process and I pray Nigeria gets there.

If you are called upon  again to work for the government, what would be your response?

That is a very tricky question, but I think you get tired of certain things after some times, particularly if you have done it. Well, I have done this for five years, going to six years now. If I am here at the pleasure of the President; if he keeps me till the end of his term and God keeps me alive, I will have done it for eight years. I think that will be enough in terms of managing media for the Presidency. The only person who has done eight years in this same sit is Chief Onabule. For eight years no other person has done it. If God helps me and I do it till the end of this administration, I would have done enough in terms of managing the media and publicity for the government.