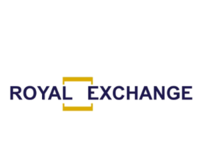 The group result released on the Nigerian Stock Exchange (NSE) on Thursday showed that earned income fell by two per cent to N7.825 billion from N7.990 billion in H1 2019.

Moreover, its consolidated annual report and financial statements for the year ended  December 31, 2019 showed a loss after taxation of N1.313 billion down from N160 million loss in the same period of 2018

The company had declared a Gross Written Premium of N10.58 billion for the financial year ended Dec. 31, 2019.

Speaking at the company’s Annual General Meeting (AGM) in Lagos recently, the firm’s Managing Director/Chief Executive Officer, Mr. Benjamin Agili, said that despite the harsh environmental condition, the company was able to grow its top-line figures and maintain its leadership in key corporate accounts.

Agili noted that the firm also participated in large-ticket insurance transactions, its renewed focus on the retail markets.

According to him, the retail markets shall be a growth driver in the future and agriculture insurance, which is beginning to gain traction in the insurance market in Nigeria.

“We are expanding our strategic focus to three main areas, namely: Digital Insurance, Retail Insurance Market and Agriculture Insurance as farming is a key economic activity in Nigeria,’’ he said.

In line with NAICOM’s directive, the managing director said the company’s revised recapitalisation guidelines is poised to surpass the directive, as indicated in its approved 2019 financials.

Agili said plans were in top gear to ensure that the company was well capitalised and able to take advantages of the opportunities that will present itself in the insurance market in Nigeria.

“REGIC will continue to reinvent itself to be more responsive to the needs of the customer, offering them the products and services they need, in ways that they want.

“We are adopting a customer-centric approach to all our businesses to ensure we are competitive in the market.