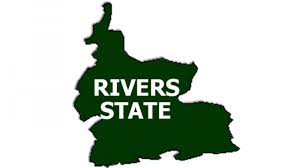 The Rivers Executive Council has approved the employment of 5,000 youths into the State Civil Service.

The approval was given at a meeting presided over by Gov. Nyesom Wike at Government House, Port Harcourt, on Wednesday.

Mr. Kelvin Ebiri, the Special Assistant (Media) to the Governor, said that the government’s plan was announced to journalists by the Commissioner for Employment Generation and Empowerment, Mr. Sylvanus Nwankwo.

Ebiri quoted Nwankwo as saying that the youth to be employed must not be more than 35 years old.

He said there were existing vacancies in the civil service needing: engineers, lawyers, medical doctors, technicians and other fields of profession that the youths would fill.

Also, the Commissioner for Information and Communications, Mr. Paulinus Nsirim, said that the recruitment drive undertaken by the Wike-led administration would bridge the employment gap in Rivers.

Nsirim also said that the council approved that civil servants that were asked to be working from home during COVID-19 pandemic lockdown were asked to resume work on Nov. 2.

“Civil servants on Grade Level 1 to Grade Level 10 who have been working from t home because of COVID-19 pandemic lockdown are to resume work on Monday, Nov. 2, 2020.

“Similarly, bars that had been closed down since COVID-19 lockdown are to open, while night clubs will remain closed” he said.

According to the Commissioner, the council also approved a minor cabinet reshuffle that moves the Commissioner for Chieftaincy and Community Affairs to take charge of the Ministry of Works.

Nsirim stated that the current Commissioner for Transport would now be in charge of the Ministry of Chieftaincy and Community Affairs.

The Commissioner also said that the council decided that the Rebisi Flyover would be inaugurated on Nov. 7 by the Minister of Works and Housing, Mr. Babatunde Fashola.