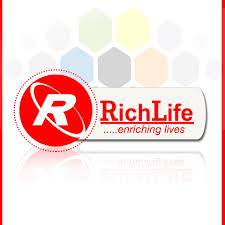 The Rich Life Africa has unveiled the Bernard Triangle aimed to save the lives of Nigerian youth against hunger, entitled, Students Against Hunger (SAH).

The project is designed to generate profit while feeding millions of hungry Nigerians. The forum announced the development at a Press conference on Saturday, adding that the desire to make food available  to every Nigerian has led into finding effective and sustainable solutions to the problem of hunger.

SAH first edition is projected to raise a minimum of N10 billion  from 100 million  (one hundred million) votes at N100  per vote within 4-6 months; at the end of the contest 40 to 50 per cent will be dedicated to project save-the-hungry.

Speaking, the Managing Director, Rich Life Africa, Mr Modestus Bernard, said that the project save-the-hungry was initiated with a big team which made it possible by providing food for millions of people and vision to bring effective and sustainable solutions to the problem of hunger and poverty in Nigeria.

He added that it is also aimed at  eradicating hunger in the Country within the next seven years and create wealth in the most populous black nation on earth.

He noted that SAH may sound like a charity organization but it is far from it, explaining that project save-the-hungry is a bussiness  model designed to simultaneously generate profit while feeding millions of hungry Nigerians.

He added that Bernard Triangle has been a seven year roadmap that will provide surplus of foods and create millions of high paying jobs to the youth, thereby lubricating the economy, among other benefits that will come from the contest.

According to him, the concept will guarantee employment and wealth creation which will stimulate economic growth.

He stated that the SAH is an online entertainment contest that will be featuring students at tertiary institutions to partake in the contest and see the difference in it compared to Big Brother Naija (BBNaija).

He  added that SAH will require students to vote just like the way youth vote in BBNaija and get reached online by engaging the students for the contest which will help them to discover their talents in the country.

Modestus  added that the project has its own plan for 2021 to 2027,  while assuring youth that the Bernard Triangle will guarantee continuous employment and wealth creation to stimulate economic growth by putting food on the table of Nigerians.