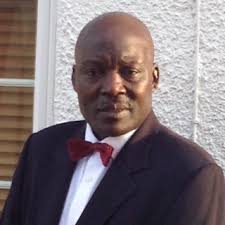 The three-day conference was organised in collaboration with the National Institute of Police Studies, Corporate Integrity, Summit Leadership Institute and St. Vincent Tourist Board.

Aworinde said that the conference was aimed at contributing to the anti-corruption campaign of President Muhammadu Buhari as well as to promote a wholesome and scientific approach at tackling corruption in the country.

According to him, for the country to curb corruption, citizens need to desist from praise singing corrupt individuals caught looting the treasury.

“We have to look at our history and cultural values because this issue predates independence.

“We need to desist from celebrating our kinsmen convicted of corrupt cases, let us stand by what is good irrespective of the person’s affiliation to us.

“In governance and in our political systems, we have to look at separation of powers so that political office holders will not have access to the country’s treasury.

“Our nation’s problems are man-made, therefore, they may be solved by man,” he said.

Also speaking, Mr. Aliyu Abubakar, the Director- General, Legal Aid Council said corruption was endemic and had resulted in the underdevelopment of the country.

Abubakar, represented by Mr. Keneth Mozea, Head, Custodial Centres Decongestion Services, Legal Aid Council, said the council would continue to engage its lawyers to be weary of corrupt persons, who would want to put them under pressure of defending them.

He assured of their readiness to contribute their quota to the fight against corruption in the country.

Mr. Ojo Amos, Clerk of the National Assembly, called on policy makers in the country to develop laws that would strengthen the responsibilities of anti-corruption agencies in the country.

Amos, represented by Mr. Adesoro Austen, the Special Adviser, Media and Labour to the Clerk also called on the judiciary to always ensure speedy and transparent treatment of corruption cases.