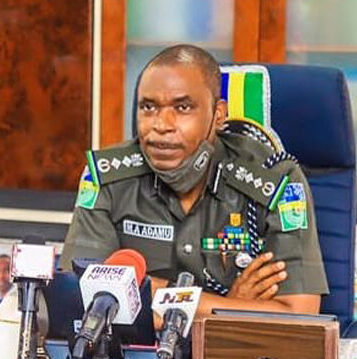 …as Minister of Police Affairs assures improved funding and logistics

The Inspector-General of Police, IGP M.A Adamu, NPM, mni, has ordered Commissioners of Police (CPs) across the thirty-six (36) States of the Federation and the Federal Capital Territory (FCT), and their supervisory Assistant Inspectors-General of Police (AIGs) in the seventeen (17) Zonal Commands, to revamp the security architecture in their Area of Responsibilities (AOR) ahead of the yuletide. The IGP gave the order today, 27th November, 2020, during a meeting with Strategic Police Officers (CPs and above) at the Force Headquarters, Abuja. He directed the officers to ensure optimal deployment to cover all vulnerable areas toward a peaceful Christmas and New Year celebration.

The meeting, he noted, was convened to review the general security situation in the country particularly in the aftermath of the EndSARS protest and deliberate on challenges impinging on effective policing and internal security management concerns in the country.

He commended the officers for the leadership they provided at the field level during the EndSARS crisis and for their roles in guaranteeing a stable security order across the country.

The Honourable Minister of Police Affairs, Muhammad Maigari Dingyadi, who addressed the meeting, assured the Strategic Officers of the Federal Government’s commitment to advancing the interest of the Police and providing adequate logistics to meet the operational needs of the Force. He noted that the Ministry, in collaboration with the Ministry of Finance, Budget and National Planning et. al, is evolving special funding interventions to aid optimal performances by the Police.

The IGP assured the citizens of the renewed commitment of the Force towards ensuring their safety and security especially as the Christmas season approaches. He called for their continuous understanding, support and encouragement to the Police.