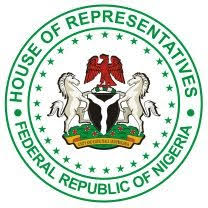 The House of Representatives has charged the News Agency of Nigeria (NAN) to help combat spread of fake news in the country, especially through the social media.

Rep. Odebunmi Olusegun, Chairman, House Committee on Information, National Orientation, Ethics and Values said this on Wednesday during the 2021 budget defence at the National Assembly in Abuja.

Olusegun said that NAN has offices and personnel across the country which could be used as a strong force on social media against fake news.

He advised the agency to create social media handles for its state offices towards engaging youths at the grassroots by feeding them with genuine and authentic news.

Responding, NAN Managing Director, Mr. Buki Ponle said that the agency has always strive to disseminate authentic information to media organisations within and outside the country.

He said that since the inauguration of National Campaign Against Fake News in 2018, NAN has been using its platform to create awareness on the dangers of fake news.

According to him, NAN has been using its platform to counter fake news on the #EndSARS protest using reports and features.

The managing director said that N2.14 billion was proposed for the 2021 agency’s operations.

Ponle said that out of the amount, N267 million was for capital expenditure, while N1.66 billion was for personnel cost and N215.4 million for overhead.

He said that though the budgetary allocation for the agency’s 2021 operation was little, it will continue to strive hard to combat fake news in the country.