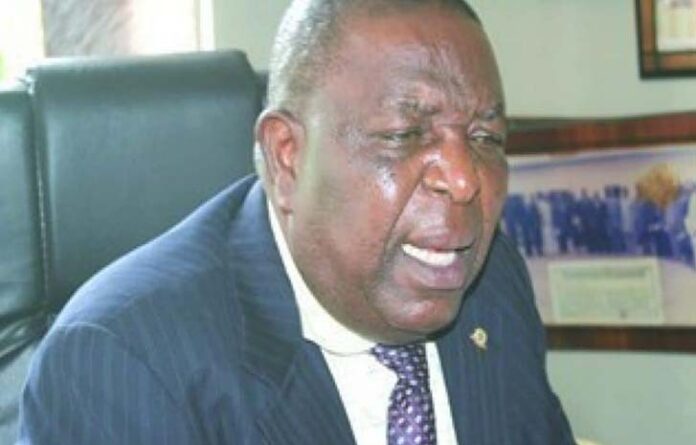 Dr Samuel Nzekwe, a former President of the Association of National Accountants of Nigeria (ANAN), has advised the Federal Government to tackle security challenges as a way of pulling the country out of recession.

Nzekwe gave the advice in Ota, Ogun State, on Tuesday in an interview with the Newsmen.

He spoke against the backdrop of the report credited to the National Bureau of Statistics (NBS) that the country had entered recession, the second time in five years.

NBS said in its report released last Friday that the Nigerian economy had slipped into its second recession in five years as the Gross Domestic Product contracted in two consecutive quarters.

Nzekwe said the contraction was expected because of the inability to produce sufficient goods and services in addition to the advent of the COVID-19 pandemic and the #EndSARS protests.

The former ANAN president said that the inability of the economy to produce enough goods and services contributed to the rise in unemployment.

“The nation needs to change from being a consuming country to a producing one because any global issues and problems would surely have adverse effect on the economy.’’ Nzekwe said.

He also told Newsmen that there was the need for the Federal Government to intensify efforts at curbing insecurity to attract investments.

“It is only when there is security that investors would come and invest in the country,’’ he said.

Nzekwe said plummeting price of crude oil and the COVID-19 pandemic ravaged the economies of many countries.

Oil price volatility, he said, affected Nigeria’s revenue stream because the country depended on oil sales for far too long.

He charged the Federal Government to continue to diversify the economy away from too much dependence on oil revenues to areas like agriculture and solid minerals mining.

“Government should work harder in tackling insecurity challenge so that famers can start returning to farms to produce more,’’ he said.

Nzekwe also said there was the need to attend to critical infrastructure such as electricity to propel economic growth.

He said that the cost of governance should also be reduced to pave way for more capital projects.