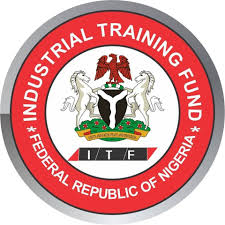 Staff of the Industrial Training Fund (ITF) have praised the fund’s Director-General and Chief Executive, Sir Joseph Ari, for his good stewardship as he begins his second tenure.

The staff, who also thanked President Muhammadu Buhari for reappointing Ari, made the commendation in an event organised to usher him into the second tenure.

The event held on Tuesday in Jos.

Speaking at the ceremony, Mrs Adesola Taiwo, Director, Field Service Department of the Fund, described Ari as a man of honour.

Taiwo also described the D-G is a visionary and hardworking leader, adding that he had contributed tremendously to the growth and development of the nation.

“Today we are here to usher in our D-G into yet another era of his stewardship in this organisation.

“You will agree with me that the D-G is a visionary and hardworking leader; his stewardship in the last four years has contributed tremendously to growth and development of this nation.

“In terms of welfare of staff, the D-G has done well in the last four years and because he is a man of honour, we strongly believe he will do more in this new era,” she said.

Mr Dickson Onuoha, the Director of Information Communication Technology (ICT) of  the fund, who also spoke at the event, thanked the D-G for opening new vistas that had placed the organisation on the path of growth.

“ITF has recorded tremendous feats in the last four years of Ari’s stewardship.

“Today, you can’t talk of skills development in Nigeria without mentioning ITF. And this is because we have a focused and determined D-G,” he said.

On his part, Mr Ajibola Ladokun, Deputy Director and Training Manager of the Fund’s Center of Excellence, Jos, described the D-G as an “amiable, approachable, systematic and systemic” personality.

Ladakun commended the D-G for demonstrating a clear vision, commitment, consistency and energy that had placed the fund on the wheel of progress.

He said his reappointment was a call to more service, and advised him to keep up with the good works.

“ITF is where it is today because of the D-G’s  vision, commitment and resilience to change the fortunes of the Fund.

“You merited this reappointment; however, it is a call for you to render more service,” he said.

Also speaking, Mr Alakija Kayode, the President of Senior Staff Union in the fund, said the reappointment did not come to the union as a surprise, owing to the track records of the D-G.

He said Ari carried the union and staff of the fund along in his first tenure, a situation he said led to the industrial harmony currently being enjoyed in the organisation.

“Your reappointment did not come to us as a surprise, and this is because you came with a clear vision  and carried all of us along in your first tenure

“The industrial harmony we are enjoying today is because you gave everyone listening ears; you gave the union attention at all times.

“In terms of welfare you have the interest of staff at heart. You went out of your way and reviewed our condition of service; we are happy sir,” he said.

The union leader further commended the D-G for completing abandoned projects in the fund and urged him to do more in his second tenure.

Newsmen reports that President Buhari had in July approved the reappointment of Ari as D-G of ITF for a second tenure, having completed his first tenure.

The second tenure had commenced from Sept. 26.