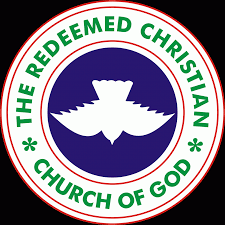 They gave the commendation at the event organised to celebrate the promotion  of Oguntade to the  rank of Deputy Corps Commander  (DCC) and his transfer from the Unit to a new command, RS 8 .1, Ilorin, Kwara Sector Command as DCC operations.

It was reported that DCC Oguntade assumed duty as the boss of  Mowe Unit Command in April 2019.

His duties then included:  coordinating the FRSC personnel at the unit and ensuring free flow of traffic on  the Lagos -Ibadan Expressway despite the ongoing construction there.

Speaking at the event, the Assistant General Overseer (AGO) of RCCG, Pastor Johnson Odesola, described Oguntade as a wisdom personified traffic management professional.

He said,”Before  Oguntade  assumed  duty as the  boss at FRSC Mowe Unit, there used to be  serious traffic on the Lagos-Ibadan Expressway  that required utmost attention .

“Oguntade had to summon the representatives of the churches that have their headquarters along the expressway  to tell them his mind.

“I remembered that  he impressed it on those at the meeting  on that faithful day that it was not going to be business as usual for traffic violators, including any church member,’ Odesola said.

Odesola, who was represented by Pastor Akin John, Assistant Director, Admin and Personnel, RCCG; said  that from the meeting, they also realised the  importance of FRSC in church management.

He also described Oguntade  as a very firm,  focused and  objective man.

According to the traditional ruler, the commander has a versatile intelligence on “Dispute Resolution”.

“Oguntade was able to resolve disputes that occurred on the road before they turned into assault.

“Most times, we try to ask our indigenes if there were extortions by the FRSC personnel but to no avail.

“He kicked against and shun all corrupt practices that could have tarnished the integrity of the corps in the command.

“All will pray  for is that the incoming Mowe FRSC Unit Commander, Assistant Corps Commander (ACC) Abdullahi Denja, will  consolidate on Oguntade’s achievements ,” the traditional ruler  said.

“JTOA  is thankful to  God for promoting him,” Oladele said.

“I am not disappointed at all because Oguntade took over from me  and l rendered a perfect service,” Amuzat said.

Oguntade in his response at the event appreciated the stakeholders for celebrating him.

He pleaded with road users not to violate traffic rules and regulations to ensure free flow of traffic along the axis.

He also expressed his appreciation to the FRSC overall boss,  Corps Marshal Boboye Oyeyemi, for giving him the  opportunity to serve at the command.

He  said that the Corps would not   relent in sanctioning traffic breakers.