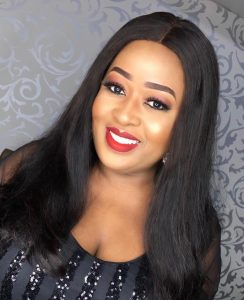 The General Manager of Rave Television, Mrs Amina Atairu, on Wednesday urged the media to use information to address the social problems like insecurity, poverty and moral decadence plaguing the country.

Atairu told newsmen in Lagos that information was a critical tool which could be used as links to solving all the societal issues.

She said: “One thing that is crucial and links all societal issues is information.

“Because, with right information, insecurity, which is mostly based on wrong ideology, would be reduced.

“Unemployment can also be attributed to lack of education or information; again, right information will help an unemployed person to become gainfully employed, which directly reduces poverty.

“Having this as hindsight, as the General Manager of Rave TV, a media concern, we have made it a dedicated goal to disseminate the right information through engaging interaction with our viewers on live show and the social media platforms.”

Atairu, also said that the media had not entirely impacted on the society.

She said: “In the area of social responsibility, I cannot outrightly say we have impacted on the society greatly.

“However, a larger percentage of the general public is now aware that freedom of speech also has its limitations, especially when it encroaches on another person’s right to religion, association or belief.

“With the emergence of social media (new media), youths are quick to propagate whatever they see on the internet, especially on matters that infringes on one’s belief system or even tribes without checking the facts.”

Commenting on Nigeria at 60, she said the project; saw a number of creative minds participating in this year’s anniversary.

According to her, this is because the leaders had urged Nigerians to come forward and present what they want to see in the country and how they want it implemented.

“This could not be possible without the media taking the front seat in championing the cause and telling the government that it is time for our voices to be heard,” she said.