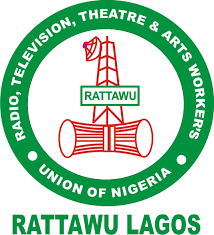 The Radio, Television, Theatre and Arts Workers Union of Nigeria (RATTAWU), Lagos State council, has urged government at all levels to engage youths in the affairs of governance.

Its Chairman, Mr. Dare Durosimi, said in a statement on Monday in Lagos that governments should engage youths as a matter of urgency.

Durosimi alao urged governments to bring back youths’ esteem and confidence in the current political structure to forestall avoidable unrests and agitations.

He condemned the activities of hoodlums, who hid under the shadow of #EndSARS protests to destroy and attack public and private infrastructure in Nigeria, particularly in Lagos State.

“The unions express sadness and shock that hoodlums can go to such length to destroy infrastructure built with tax payers’ money.

“It also frowns at the wanton destruction of property, which belongs to some media houses, thereby putting workers of such establishments in danger and impeding the flow of real time information.

“We call on youths to embrace dialogue to further articulate their demands to guarantee a sustained tempo of action and allow peace to reign in Lagos and the country in general,’’ he said.

Durosimi also urged stakeholders to collaborate and ensure that the rebuilding and recovery process start in earnest to achieve the Lagos of our dreams.