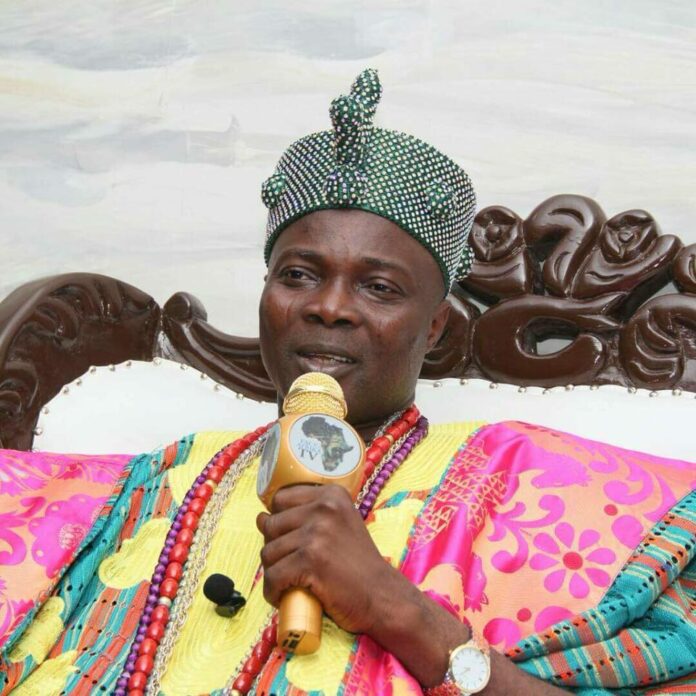 Federal government has been advised to pull out of the International Criminal Court, ICC, for failing to be fair and just in its dispositions to the nation.

Olowu of Kuta, Oba Adekunle Oyelude gave the advice on Thursday shorty before the meeting of the Osun State Council of Obas in Osogbo.

The monarch lamented the dispositions of international organisations such as the Amnesty International and the ICC to Nigeria, saying that they do not mean well for the country other than fuelling its crisis.

“Let the Federal Government of Nigeria pull out of unfavourable treaty. Some countries have pulled out of the ICC. They should stop demoralising our troops.

“Of what benefits? Let us see how many or when the ICC would prosecute or call for prosecution of those that called for mass protest in America on Wednesday, to the extent of killing and maiming the people.”

He also encouraged the Armed Forces particularly the military to remain resolute in the fight against insurgents in the northeast and other parts of Nigeria.

“I m using this opportunity to encourage our security agencies, the military in particular to redouble their efforts and discard all divisive elements that are distracting them. Neither ICC nor Amnesty international would come and help us salvage our country.

“We have to appreciate the patriotic force, they have been vindicated. Look at what happened on Wednesday in the most “Advanced Democracy”. You see the way CNN reported it! They called them terrorists but people burning houses here (Nigeria), burning courts, killing Police, they called them peaceful protesters.

“ICC or Amnesty International have never meant well for us. So, the right thinking Nigerians should look inward and know that these foreign organisations do not mean well for the cooperate existence of this nation”.

The monarch saluted the courage and patriotism of the military and expressed optimism that given an enabling condition, the Armed Forces would end insurgency in Nigeria.

He said “I’m very optimistic, given the enabling environment, Nigeria will surmount the security challenges this year. The Nigerian Army needs  to be founded, equipped more. Then the Nigerian Police need to be adequately funded and equipped. So that we can separate the duties and mandate of the police from that of Nigerian Army.”

He also enjoined the Armed forces to disregard the international organisations and their antics which would only destabilise the country if they are taken serious.

“Nigerian Army should discard all subversive elements and face the insurgents squarely. We commend them for keeping the nation as one and they can count on our support”.

He, however, called on the Federal government to equip and fund the security agencies to boost their performance.

“Nigeria Armed forces and the security agencies should be strengthened more this year. They should look beyond Northeast. All distractions coming from the northeast against our army should stop this year, enough is enough,” he concluded.