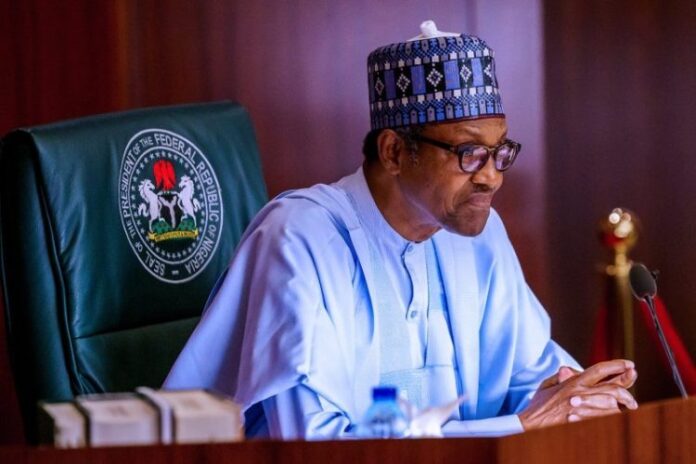 The summon of President Muhammadu Buhari by the National Assembly to answer to worsening security situation in the Country has continued to generate controversies which have been pitching towards the walls of heat of reactions. The summon took a vibrant turn in the wake of the massacre of a number of farmers in Zabarmari, a community in Jere Local Government Area of Borno State. While on Monday, news came on board stating the President’s readiness to appear before a Joint session of the National Assembly for a brief on the security situation in the Country, another wipe by the Attorney-General of the Federation (AGF) and Minister of Justice, Mr Abubakar Malami, SAN, came on board to the negative direction on Wednesday. Recall that on Monday, the Personal Assistant to the President on Social Media, Lauretta Onochie, in a message on her Twitter handle, @Laurestar disclosed that the President will appear before the National Assembly. The message had read: “President @MBuhari will address a joint session of the National Assembly (@nassnigeria) on Thursday (today), December 10, 2020.” To the contrary however, Malami on Wednesday  said the National Assembly lacked the constitutional powers to summon President Buhari over the worsening security situation in the Country. In a statement, he personally signed made available to journalists, the AGF said the right of the President to engage the NASS and appear before it “is inherently discretionary”. He contended that President Buhari has the right to decide whether or not he would appear before the legislative arm of the government, adding that such appearance would not be “at the behest of the National Assembly”. Further arguing that the NASS has no constitutional power to envisage or contemplate a situation where the President would be summoned to explain operational use of the Armed Forces, Malami insisted that President Buhari “has recorded tremendous success in containing the hitherto incessant bombing, colossal killings, wanton destruction of lives and property that bedevilled the country before attaining the helm of affairs of the country in 2015.”

It is important to state that the necessity for the President to appear before the National Assembly as the body representing the Nigerian masses from the various federal constituencies and districts across the Federation, is sacrosanct. It is noteworthy that addressing the Joint session of the National Assembly is equals to addressing Nigerians who have bestowed upon the lawmakers the mandate to represent them in government. It is pragmatically important also to note that the existence of the Presidency is by  virtue of the legitimacy bestowed upon it by the masses. Therefore, refusing to address the National Assembly is tantamount to refusing to address Nigerians on the deepening situation of confusion bewildering the people.

It is therefore essential for the AGF to come to the sensible order of reasoning that the necessity to address Nigerians amidst the waves of confusion of insecurity and socio-economic crisis is a matter of responsiveness and  principles of accountability rather than the claim of right. The claim of the AGF is inconceivable to the wrong direction of resorting to defenseless right of irrational justification and therefore a misplacement of priorities, which is contrary to the demands of present situations that call for brilliant reckoning to the people with brave sense of hopeful political communication.

It is therefore essential for the President, rather than sit back, to appear before the National Assembly and by the platform, speak elaborately to Nigerians and proffer answer to controversial questions which have been generating heat in the polity. Continuous silence from the President to speak on matters of grave concern is tantamount to leaving increasing sores without giving the necessary attention; a syndrome that portends generating destabilising forces to further deepen the Country into uncontrollable disorder.