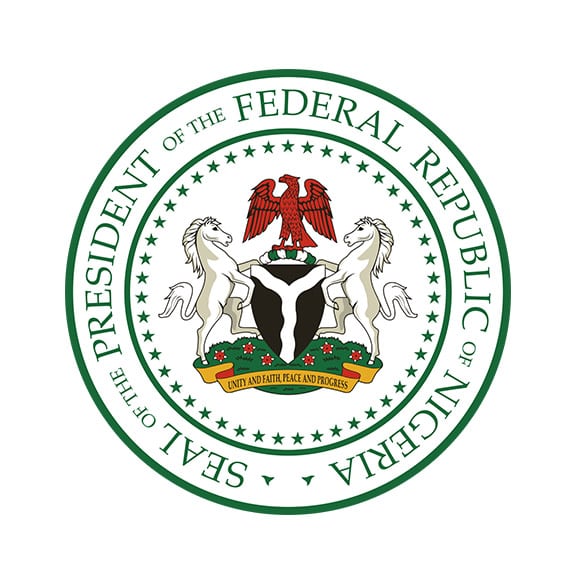 The federal government has reacted over UK lawmakers, legal experts and campaigners letter on alleged inaction of the President Muhammadu Buhari in the killing by insurgents and suspected Fulani herdsmen in Southern Kaduna, among other states.

Presidency on Thursday assured that cattle ranches are being set up to avert friction but noted that the onus is on state governments to drive the process since they control land allocation.

The lawmakers including Caroline Cox, David Alton, Jin Shannon and Helena Kennedy, said thousands of civilians in the country had been killed and elements of the Nigerian Government may be complicit in the violence.

They sought intervention on the killings in Nigeria, highlighting the helplessness of the current administration.

In its response, the Presidency said in a statement issued by Senior Special Assistant to the President (Media & Publicity), Garba Shehu in Abuja on Thursday, said that Buhari and federal government welcomed the seriousness of the letter.

The statement said: “It is incorrect, however, to assert that the government has or is doing nothing to address these intertwined threats.

“Firstly, there are ongoing efforts for the establishment of cattle ranches to prevent or curtail open grazing, the practice that brings herders and farmers into conflict. This is an age-old problem facing Nigerian Governments since the colonial days.

“However, matters of land distribution are dealt with at the state level. This means willingness has to be shown by state governors to drive the process forward.

“The Federal Government launched a plan last year to work with states to address these issues – together. Unfortunately, this has been lacking in some states

The statement added: “We welcome the attention paid to this serious challenge by the Commonwealth Ministerial Action Group and seek to work with you, the Commonwealth and all concerned parties to bring a lasting solution to herder-farmer clashes, and the threat posed to all Nigerians – and the Sahel region as a whole – from Boko Haram terrorists and their allies.

“We ask our British colleagues to visit Nigeria, whether formally or informally to discuss all the points raised in their letter.

“Our government is made equally of Christian and Muslim cabinet members; our Vice President is an Evangelical Pastor. We have everything to gain as a country through international cooperation with concerned, senior British parliamentarians and policymakers.

“The threat to civilians and peaceful co-existence between different ethnic and religious groups from Boko Haram, banditry and land disputes is of serious concern to the President and the government.”

The Presidency further said: “Secondly, with regards to the long and determined battle waged against Boko Haram, Nigerians are aware of the efforts made by this Government.

“When the government came to power, the terrorist group held and administered an area the size of Belgium. Now they hold none. The terrorists are hiding out amongst remote forests and across borders. This makes it difficult to extinguish the final flames of the insurgency, and the government has no illusions of the potent threat still posed. However, the progress made cannot be denied.

“Thirdly, in the face of rising crime and insecurity, the government’s new community policing initiative was launched this month. 10,000 new constables are being recruited from the areas they will safeguard – as opposed to past practice. The government hopes this will bring policing closer to local communities. N13 billion has been earmarked for this initiative.”

The Presidency cautioned that not all those who pressed the UK lawmakers have the interest of the country at heart, noting that while the former Chief of Defence Staff cited in the letter had atrocities committed during his time as army chief.

It also noted that the other signatory is the leader of IPOB, which has been blacklisted a terrorist group in Nigeria.

The Presidency maintained: “At the same time as we take note of the lawmakers’ letter, it is also important to stress to our partners and colleagues in the United Kingdom that not all who press them have the best interests of either democratic governance or peaceful coexistence in mind.

“For example, the former Nigerian Chief of Army Staff, named and quoted in the letter as a source on military matters, relinquished that position some 40 years ago – in 1979. He was last in a government position 17 years ago in 2003 (as Minister of Defence).

“At that time, religious and ethnic riots erupted in two states of the federation, (2001 and 2002), these were violently and ruthlessly put down by the military under his authority, leading to the loss of thousands of lives and the displacement of some further 50,000 persons. He is, therefore, not a natural source of pressure for good governance.

“Another, signatory to the letter, is well-known to be associated with the Indigenous People of Biafra, IPOB, a Nigerian-blacklisted terrorist group. The IPOB is running a well-known (source-of-financing-unknown) international campaign intended to damage the reputation of Nigeria and its government in order to further their cause of independence.

“He jumped bail in Nigeria. He frequently travels on a Nigerian passport but urged his supporters to burn their passports! The IPOB barely mention their aims in their publicity; neither do they mention that their own leaders do not claim to be Christian.

“Yet, their media and lobbying campaign has focused near-exclusively on promoting matters related to Christianity in Nigeria, promulgating false claims that a government with 50 per cent of its cabinet and 50 per cent of its State Governors who are Christian somehow works against Christians.

“We call on our British friends and colleagues to join us in addressing genuine solutions not pander to agents of anarchy.”

However, the letter written to the presidency had read, “We write to highlight urgent concerns about escalating violence in Nigeria where attacks led by Boko Haram, Fulani herders and other Islamic militia continue in Northern and central-belt states with reports of increasing violence in the South-East.

“According to a report by the UK All-Party Parliament Group for international Freedom of Religion or Belief, thousands of civilians have been killed and elements of the Nigeria Government may be complicit in violence.

“The APPG’s concern reflects the findings of a report by Amnesty International, which concludes that the Nigerian armed forces have committed war crimes and crimes against humanity during their operations.

“The Nigerian former army Chief of Staff, Lieutenant General Theophilus Danjuma, whom some of us have met and spoken to, says the armed forces are “not neutral, they collude” in the “ethnic cleansing” by Fulani herders. He insists that villagers must defend themselves because “depending on the armed forces” will result in them dying” one by one. The ethnic cleansing must stop.

“The state’s failure to protect its citizens is a clear breach of its obligations under the commonwealth charter in respect of human rights. There is now an urgent need (a) to ensure adequate protection and aid for those suffering the loss of family members and destruction of their homes and livelihood and (b) to end impunity by ensuring that complaints related to human rights violations are promptly, inadequate and impartially investigated, and those responsible are held to account after fair trials.

“We write therefore, to ask whether you are able to respond on behalf of The Commonwealth Ministerial Action Group.  We should be very willing to meet in person (or perhaps more practically, online via Zoom) to discuss how we might proceed.”