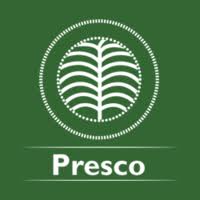 Presco Plc, has released itsforecast of its performance for the fourth quarter (Q4) ended December 31, 2020 with profit after tax of N6.99 billion.

The company in its report to the Nigerian Stock Exchange NSE forecasted a profit before tax of N9.13billion.

The Benin state based palm processing company also projected turnover N24.53 billion in the fourth quarter and the forecast is expecting cash/bank balance at the end of the year to drop to -N1.158 billion from -N3.68 billion at the end beginning of the year.

The company secretary, Presco, Patrick Uwadia in a statement said, “We forward herewith the earnings forecast of our company for the fourth quarter ended December 31, 2020 for your necessary action.”

The company, contrary to expectations of downgraded earnings and profitability forecasts, based its optimistic forecast on the reopening of the economy and growing demands for consumer goods.