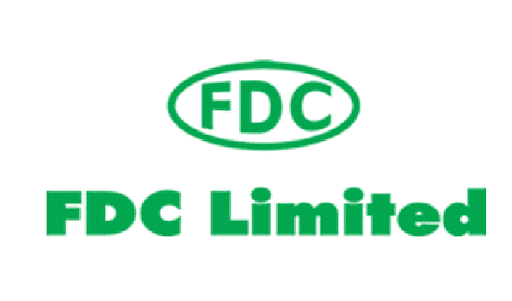 The Lagos based company in its latest report said AfDB already predicted that Africa could see a deeper Gross Domestic Product (GDP) contraction (-3.4 per cent) in 2020 but will rebound (3.0per cent) in 2021.

According to the report by FDC Limited, “Most African states will still be exposed to external shocks from their international trade with other foreign countries, which will significantly impact their external reserves, export earnings and budget size especially for resource-dependent nations.

“Specifically, the Nigerian government signed the Agreement Establishing the AfCFTA Agreement on July 7 2019.

“The Agreement has been postponed from its initial commencement date (July 1) as most African states grapple with the covid-19 pandemic.

“This raises the question of whether this is the right time to postpone the agreement, considering the economic impact of either decision especially in this covid19 period and contribution of trade to Africa’s economy. Total trade accounts for about 53.64per cent of Sub-Saharan Africa’s GDP.

“The postponement may have a temporary positive impact on fiscal revenue, as African countries will retain their trade revenue from import tariffs in the short term. But this will be at the expense of businesses especially in this pandemic period.

“On the other hand, moving forward with the implementation of AfCFTA is expected to boost both trading volumes and government’s export earnings of African states as well as help aid the recovery from the negative economic impact of the covid-19 pandemic. Overreliance on production and imports from Europe and China will be decreased thereby reducing the exposure of African countries to demand and supply shocks with external trade.”

Highlighting its importance, further they said, “AfCFTA is an attempt by African nations to boost intra-African regional trade, which is currently estimated at 15 per cent.

“It aims to operate a single market for goods and services, just like the EU with a population estimated at more than 1.2billion and integrating 55 countries.

“The agreement is currently signed by all but one African nation, Eritrea out of Africa’s 55 nations, with a view to be the largest free trade area in the world since the creation of the World Trade Organization in 1995.

“Free trade, which involves full or partial removal of import restriction, will lower the cost of importing raw materials and inventories by businesses thereby lowering their trading and operating costs. Lower production cost will be transferred to the consumer in the form of lower prices of goods and services, which in turn boosts real income, and consumer spending which have a positive impact on aggregate demand.

“Consumer welfare and businesses will generally be positively impacted. Moreover, this agreement will promote economic liberalization, integration, economic recovery from negative impact of covid-19 pandemic and other economic benefits among African nations.”

On the benefits of going ahead with AfCFTA to Nigeria, they said,  “According to the African Development Bank (AfDB), the AfCFTA “will stimulate intra-African trade by up to $35 billion per year, creating a 52 per cent additional trade by 2022 and a vital $10 billion decline in imports from outside Africa.”

Removing barriers to entry into Nigeria market will result in the influx of private investors into the country thereby raising Nigeria’s foreign direct investment. Nigeria received $5.85 billion capital importation (inflows) in Q1’2020 out of which FDI accounted for only 3.66 per cent ($214.25 million). Increased access to market will help foreign investors set up manufacturing hubs within Nigeria thereby increasing FDI and export to member nations of the AfCFTA. More FDI inflows will help boost external reserves, which is favourable for exchange rate.”