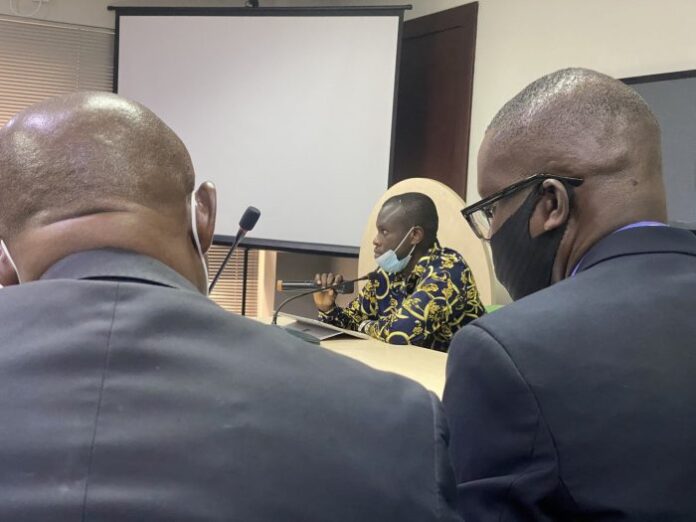 A 33-year-old man, Mr Emmanuel Ajomafuwe, is seeking justice for himself and his late 20-year-old girlfriend, Miss Adaobi Ifeanyi, with whom he was allegedly shot by a policeman.

The alleged shooting  which occurred during a traffic stop in Apapa, Lagos, on April 13, 2019,  led to Ifeanyi’s death and left Ajomafuwe with injuries.

It was reported that Ajomafuwe  testified  on Saturday before the Lagos State Judicial Panel of Inquiry for Restitution for Victims of SARS Related Abuses and Other Matters.

“I was driving my car and I was stopped by the Nigerian Police Force (NPF) at Apapa. The policemen claimed that I was signaled to stop and I said I was not aware of it.

“Due to the argument between me and the police, I was shot on the head by Insp. Dania Ojo while I was still inside the car.

“Ojo also shot my girlfriend on her leg and stomach.

“After the life-threatening gunshot injury on my head, I was lucky to survive while my girlfriend, the late Ada Ifeanyi, died in a hospital.

“There has been no condolence message or visit from the NPF to my family up till date to know if I’m still alive.

“No medical bills were paid by the NPF as promised by the Commissioner of Police when the incident happened,” he said.

Ajomafuwe said that stories of the alleged incident were published the following day by Punch and Guardian newspapers.

“The police personnel ran away and left me to die when my girlfriend and I were shot.

“After three weeks, the policemen, who were arrested, resumed duty on that same street.

“The NPF swept the matter under the rug; no update has been received.  I still face issues of sleeping at night without taking sleeping tablets,” he said.

The petitioner said he conducted a brain scan at the Reddington Hospital, Lagos, where he was admitted, and had done a medical checkup in Dubai to address his sleep issues.

He said that he had not been the same mentally since the alleged incident.

Ajomafuwe sought justice from the panel.

“I want the judicial panel to remind the NPF to ensure that Insp. Dania Ojo is punished and to remind them to fulfill their promise and offset my medical expenses,” he said.

“He mentioned so many names here and I have not got the facts of those officers mentioned whether they are fictitious names,” Eboseremem said.

The Chairman of the nine-man panel, retired Justice Doris Okuwobi, adjourned the case until Dec. 11 for cross-examination of  the petitioner.