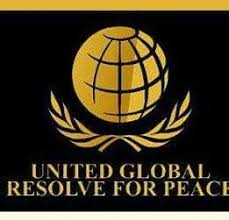 The United Global Resolve for Peace (UGRFP) an NGO has commended the Federal Government’s directive to states to constitute Judicial Panels of Inquiry to investigate alleged abuses by security agencies.

A statement issued on Wednesday by Mr. Shalom Olaseni, Executive Director, UGRFP, described as “timely” the establishment of the panels in the 36 states and the FCT to ensure accountability and justice for persons who suffered brutality in the hands of the police.

Olaseni urged the appointed members to be guided by the truth so as not to jeopardise the purpose of establishing the panels.

He said that the composition of the panels must be with men and women of impeccable character and verifiable records of respect for human rights.

“In the same vein, the judicial panels ought to have represented on it a sizable number of youths approved by their peers so as to lend balance and credibility to the entire set-up,” he said.

According to Olaseni, it is satisfactory to note that the panels are not restricted to public hearings on the disbanded SARS alone but has been extended to accommodate complaints against the Nigeria Police Force as a whole.

“We have those who suffered police brutality and the policemen and women who were harassed and some killed by hoodlums, are the two broad categories of victims in the matter.

“The first group consists of all innocent Nigerians who have suffered from police brutality and unprofessionalism and is further extended to those harassed and killed during the duration of the #EndSARS protest.

“The second group is represented by the policemen and women who were equally harassed, and some killed, by hoodlums who hijacked what was a peaceful protest.

“We want to specifically identify the killings at Lekki Toll Gate, as constituting a third group of victims with a symbolic leaning and implication for Nigeria as a whole.

“These groups are consequential victims of a dysfunctional policing system and it is hoped that justice will be meted in each individual cases without fear or favour,” Olaseni said.

He advised the federal government to provide the enabling environment for the people to have confidence in the panels.

“As each state’s Judicial Panel of Inquiry begins its critical job of hearing and verifying claims against the Nigeria Police Force, the public are advised to make the most of the opportunity by actively participating in its summons or hearings.

“Federal and State governments must also commit to providing an enabling environment for the hearings to be productive such as convenient logistical arrangements for the members of the panels, complainants and audience, protection for victims and witnesses from targeted harassment.

“It must also provide full media coverage to forestall secrecy or manipulations in the panel’s affair.

Olaseni noted that justice for the Lekki victims by identifying the soldiers who opened fire on the protesters and also who gave order for the shooting, would go a long way to stimulate public confidence in the hearings happening all over the country.

He also said that killer-cops must be brought to book, while unprofessional cops should be shown the way out of service and arraigned where necessary.

“The Lekki Toll Gate shooting is a national embarrassment for Nigeria and only by letting justice take its due course for the victims against the perpetrators can national healing occur.

“Furthermore, Federal and State governments must exercise restraint in imposing itself over these panels in a manner that impairs its capacity to deliver justice.

“All levels of government must also commit to enforcing the conclusions of the Judicial Panels in whatever form it takes,” the UGRFP director said.