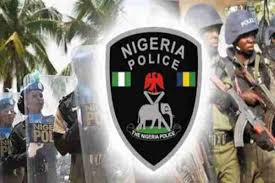 The Police Command in Edo, on Wednesday, announced that it had arrested no fewer than 106 suspects for alleged arson, looting and breaking in during the recent #EndSARS protests in the state.

The Commissioner of Police in the state, Mr. Johnson Kokumo, made this known during a media briefing on the activities of the command during the protests.

“The command wishes to brief members of the public through the media, on the EndSARS protest, which was consequently hijacked by hoodlums who went berserk, wreaking havoc majorly in Benin metropolis.

“As you are all aware, the hoodlums burnt down police stations, carted away arms and ammunition, raped women in some areas, killed policemen on their gory path to destruction, freed convicted criminals and felons, looted businesses and extorted innocent Nigerians.

“The command is currently pained by the havoc caused by the mobs and hoodlums, masquerading as protesters, who were united by a common criminality.

“The stolen arms, regrettably, will be unleashed on the members of the public.

“However, as the looting and destruction were taking place, the police and other security agencies mustered their acts together and were able to arrest some of the arsonists, looters and escapees,” he said.

He also listed other exhibits recovered as two bags of 50 kg. and one 25 kg. of rice and 24 crates of assorted drinks.

FRSC boss insists on compulsory use of speed limit device