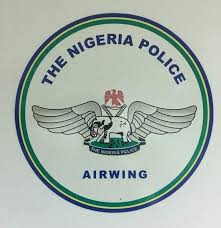 The Police Airwing established in the 70’saddle with the responsibility of search and rescue, medical evacuation and surveillance patrol and banditry insurgency. We intercept and apprehend criminals ranging from armed robbers, bandits and terrorist, kidnapping suspects. Police airwing has participated in several successful operations, said by the CP Airwing Force Headquarter Abuja, CP Danladi Lalas.

This he said in his office, while briefing journalist on the operations and activities of the department. He said the successful story won’t have been possible without the cordial relationship existing between the air and ground crew, “that is why we are wining in the fight against insurgency especially the fight against banditry” CP Lalas said.

There is a proper coordination between the aircrew and the land crew that is why we have achieved, so much so far”. CP Lalas who have been part and parcel of the Police Airwing department since he joined the force says they actually utilize the spirit of community policing and it has been working in the fight against insurgency, that they use the information gathered to burst the criminal hide outs.

We have participated in several operations. Our helicopters have deployed in the north-east and did well.

Apart from that we carry out VP movement such as the presidency, Vice President’s office, ministers and governors. We have been part of search and rescue in such state as Kogi, Edo and others, where we were able to seek out the where about of kidnap victims and they were rescued, a lot of the criminals were apprehended in the act and victim rescue. We also take part in election operation, we mount surveillance on the state, to make sure of the movement in and around the state, to see for security challenges and the security of election materials.

On the challenges over the years, he said finances has been the most glaring challenge, “we have to down ground some operations, one of our aircraft is down for about four years, but there have been interventions by the Police, as with the present circumstance and for our on achievement, because we have been tackling challenges such as banditry insurgency in the north-east and other criminal activities with the meager resources, as we know of the economic downturn in the entire world.

The manpower development, we device means to mitigate new challenges of the criminals, because they come up with new strategy daily, we have exposed and continue to expose our pilot in the air attack to help in the fight. we are equally training those who fire from above, the bandits carry AA that is why we are training our people, we have requested for armoured aircraft to enable us fight fire for fire with the bandits. We go into different aspect of training of our pilots. We don’t want to unnecessary expose our pilots to fire power of the criminals, the bandits now carry anti-aircraft weapon which needs proper understanding and equipment to face them. There is no pilot or engineer without proper training and license is allowed to operate in our unit.

On the serviceability of aircraft, CP Lalas say their aircrafts are registered as civil aircraft under Nigeria Civil Aviation and they check the air craft from time to time and manufacturers do check when there is incident or accident to know what causes the accident. The manufacturers from time to time give us information on the working of each component. They check the serviceability and documentation of the aircraft.

In order to make sure that an occurance in a particular aircraft will not affect or happen to the operator. The NCCA liaise with the manufacturers of aircraft on maintenance. Minimum of two authorizing staff for every aircraft. The maintenance crew are trained and certified by NCCA. If there is violation of rules and order, the NCCA will intervein.