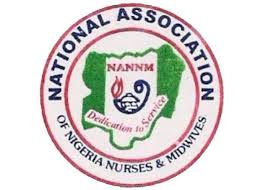 Dabit said this while addressing newsmen in Jos as part of celebration of the 2020 International year of Nurses and Midwives.

She lamented the work pressure on nurses in the state.

“As we speak, more than 500 nurses have retired within eight years without any replacement in Plateau, which has put much pressure on the few of us in the health sector.

“The situation in the Local Government Areas is a sorry one because the last time nurses and midwives were employed was in 2006, a pointer to the pitiable state of the health sector.

“While we appreciate the effort of His Excellency, the Executive Governor of Plateau State for the approval given to Plateau State Specialist Hospital and Hospitals Management Board to employ health workers, the delay in effecting the directive is worrisome,” she said.

The NANNM boss said, “It is on record that over 500 nurses have phased out of the system from 2012 till date with no replacement at all in our rural areas.”

She also said that as the world strived hard toward achieving Universal Health Coverage by 2030, it needed additional nine million nurses to compliment those already working and the ones that would retire soon.

“As such we call on government at all levels to give a waiver to health institutions to replace any health worker particularly nurses that retire in order to mitigate the gross shortage of this workforce in the health sector,” Dabit said.

She recalled that the United Nations emphasised in a statement on Jan. 1, 2020, that nurses and midwives were great investments.

Dabit also revealed that the Nursing report by World Health Organisation (2020), said that nurses and midwives were critical to deliver on the promise of “leaving no one behind,” and the global efforts to achieve the Sustainable Development Goals (SDGs).

She said: “Nurses and Midwives make a central contribution to national and global targets related to a range of health priorities including Universal Health Coverage, Mental Health and Non-Communicable Diseases, Emergency Preparedness and Response.

“No global health agenda can be realised without the concerted and sustained efforts to maximise the contributions of the nursing/midwifery workforce.”

The chairman congratulated nurses and midwives all over the world and also appreciated the World Health Assembly of which all governments are represented, for designating the year 2020 as International Year of the Nurse and Midwife in May 2019.

It was reported that the Association began its celebration with a visit to CLAPPAI Orphanage Home, Kangkang in Jos South Local Government Area of the state, where it donated assorted foodstuff and Toiletries worth over N1million.

As part of its activities lined up for the celebration, NANNM will on Thursday hold its Public Lecture at Eliel Centre, Rayfield, Jos.