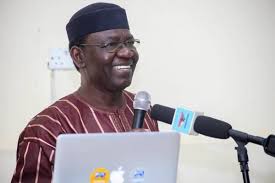 Prof. Wumi Iledare, a professor of Petroleum Economics, says that using the word scrap to describe the reform of NNPC in the new Petroleum Industry Bill (PIB) is inappropriate.

Iledare said this in an interview with the newsmen in Abuja on Tuesday.

He said that the proposed new national oil company in the PIB seemed more of a rebranding of the existing one.

“Using the word scrapped to describe the proposition on NNPC is inappropriate. It is more a rebranding than scrapping.

“The new NNPC as a limited liability corporation is not a new thing with respect to transformational thinking for national oil companies.

“There are examples worldwide BP, STATOIL, ENI, TOTAL, and so on.

“But let us see the details in comparison to what the 8th NASS did in 2018 with respect to the PIGB,” he said.

Newsmen recall that the President of Senate, Sen. Ahmed Lawan, on Sept. 28, confirmed receipt of the new PIB as an Executive bill.

He assured that the assembly would provide the oil industry with a legislation that would make it more effective and efficient at the end of the day.

“We are glad that the bill is now in the National Assembly, although not before the national assembly,” Lawan had said.

Also, the Minister of State for Petroleum Resources, Chief Timipre Sylva, had said that the new PIB draft sought to commercialise and not to scrap the NNPC.

Iledare, further commenting on the recommendations for the regulatory agencies in the sector, said that the idea to create different regulators for upstream, midstream and downtrend was a remarkable one.

“The challenge is getting the competent workforce required and how to avoid the tendency of government coming up with unfitting mode in recruitment.

“But let us see the details for substantive comments,” he added.

Newsmen also reports that Sylva while meeting with leadership of NASS, said the new bill would bring transformation in the midstream sector.

“If you are talking about transforming the industry, the only new thing that we are introducing is the development of the midstream, that is the pipeline sector,” he said.

He added that via the PIB, the industry would be transformed, the Petroleum Equalisation Fund (PEF), and the Petroleum Products Pricing Regulatory Agency (PPPRA), would not exist in the same form that they are.