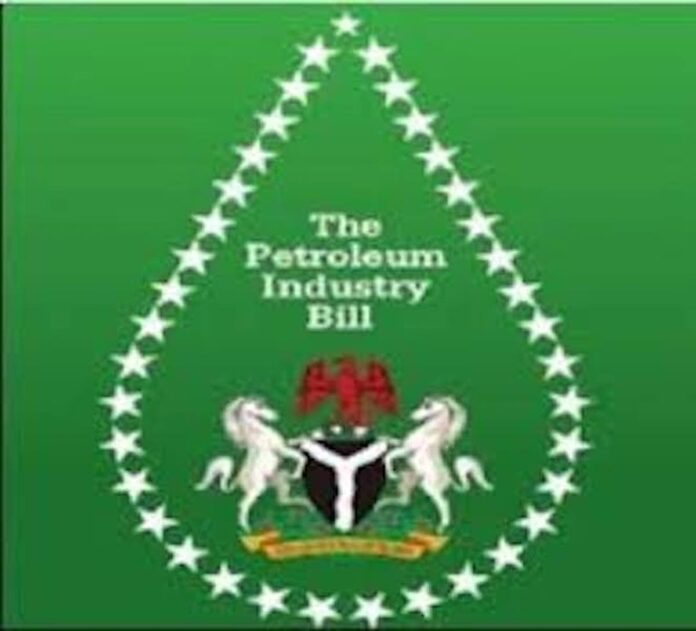 However, the preceding Section 53 of the Bill stated that the Minister shall “within six months from the commencement of this Act, cause to be incorporated under the Companies and Allied Matters Act, a limited liability company, which shall be called Nigerian National Petroleum Company (NNPC Limited). The minister shall be at the incorporation of NNPC Limited, consult with the Minister of Finance to determine the number and nominal value of the shares to be allotted which shall form the initial paid-up share capital of the NNPC Limited and the government shall subscribe and pay cash for the shares. Ownership of all shares in NNPC Limited shall be vested in the government at incorporation and held by the Ministry of Finance incorporated on behalf of the government.”

The Senate on Thursday said it has not suspended work on the PIB tabled before it by President Buhari. The legislative chamber disclosed that debate and Second Reading of the Bill has been slated to hold barely two weeks from now, on Tuesday 20th, 2020, after which it would be transferred  to the Senate’s Joint Committees on Petroleum (Upstream and Downstream); and Gas. Senator Ahmad Lawan who disclosed this in Abuja before the adjournment of plenary after the presentation of the 2021 Appropriation Bill to the National Assembly at a Joint session by President Muhammadu Buhari, said that early debate on the bill is expected to avert any delay in consideration, resulting from the upper chamber’s decision to suspend plenary for one month to enable Ministries, Departments and Agencies of Government defend their respective budgets for the year 2021.  The State President was quoted, “For the PIB, we need to get the document to our Joint Committee before we suspend plenary, otherwise, the document will remain unattended to throughout the time that we would be handling the budget; and that means we can only come back to it around November or December, and that would be late. Everybody is waiting for the PIB to be attended to, but we will take sufficient time to work on it because it is a very sensitive document. Nevertheless, we should take the debate and Second Reading of the PIB by the upper week, Tuesday 20th, 2020, and refer the document to our Joint Committees on Petroleum (Upstream and Downstream); and Gas. So, while we are working on the budget, they can keep work on the PIB warm. We are not going to rush on it since we have the budget before us. Our Joint Committee must do everything possible for us to have a document or report that we would work with in the Senate and something that Nigerians and investors will be happy with.”

On similar grounds, the Chairman, Senate Committee on Media and Public Affairs, Senator Ajibola Basiru, All Progressives Congress (APC) representing Osun Central told news men that against the report that the Upper Chamber is suspending work on the Bill till next year because of the budget, “the Senate is committed to also expeditious passage of the bill because it is central even to the realisation of revenue and putting our oil in competitive international market. On the 20th of Oct the bill will enter second reading after which it will be sent to the relevant committee of the Senate, that is committee on upstream downstream sector so that work is being done on the 2021 appropriation, work will be done at the same time on the bill.”

It would be recalled that following the tabling of the Bill before the federal legislative body, the leadership of the National Assembly, had barely two weeks ago, during a joint meeting with the Minister of State for Petroleum, Timpre Sylva, pledged to accelerate legislative processes to fast track the passage of the Bill, while boosting that the ninth Assembly will break the jinx which have been frustrating the passage of the Bill over several years.

Fingers have long remained crossed over the Petroleum Industry Bill (PIB) 2020, even as eyes have longed to see the end that would come out of the Bill. The anxiety to a large extent may be informed by the necessity to address basic foundational settings in the oil and gas sector, which hitherto have been subjected to a cycle of deficiencies, requiring concerted approaches for solutions.  It would be recalled that the administration of President Umaru Yar’Adua had presented the PIB to the Sixth National Assembly in September 2008. The Bill was itself an offshoot of the President Olusegun Obasanjo’s Oil and Gas Reform Implementation Committee inaugurated in April 2000 to review and streamline all existing petroleum laws and establish an all-inclusive regulatory framework for the industry. The Bill under the Sixth Assembly however, suffered set-back over disagreements on the allocation of oil profit among the international oil companies, host communities and the Federation, according to the Nigeria Extractive Industries Transparency Initiative. Moreover, in July 2012 a revised version of the PIB was forwarded to the Seventh Assembly, during the administration of President Goodluck Jonathan. Unfortunately, the same fate befell the Bill. It was passed by only the House of Representatives close to the end of their term. The slump in global crude oil prices, from as high as $115 per barrel in mid-2014 to $28 per barrel in January 2016, brought to bare, the necessity of the Bill. Therefore, to follow suit, during the first term of President Buhari, the Eighth NASS had split the bill into four parts which include: the Petroleum Industry Governance Bill, Petroleum Industry Administration Bill, Petroleum Industry Fiscal Bill and Petroleum Host Community Bill. It was asserted that this was done  in a bid to hasten the  passage of the Bill into law. However, while the PIGB was passed by the Senate and the House of Representatives in May 2017 and January 2018 respectively, the Bill had suffered set back as President Buhari withheld his assent to it since July 2018 when it was transmitted to him. In its rationale for withholding assent to the Bill, the Presidency had said that the provision of the PIGB permitting the Petroleum Regulatory Commission to retain as much as 10 per cent of the revenue generated is one of the reasons President Buhari withheld  assent from the bill.

However, with the development of the transmission of the Bill to the National Assembly, Nigerians are anxious to see what would become of the Bill at this material time. While the Bill has scaled the first reading in the Senate, certain reservations remain. It is noteworthy that policy matters are critical to the workings of any sector. This becomes more critical, particularly when this is coming from the Government to regulate operations within a particular field, industry or sector at large. Getting the policy build-up on the wrong anchor may  constitute a premise of waving forces, capable of occasioning imbalance within a sector in question, and its attendant effects on the entire economy.

Putting this into bear, it is therefore essential that the National Assembly subject the PIB 2020 to critical scrutiny before passing it for law. The need to adhere to the democratic principle of checks and balances which places an oversight function on the Legislative arm, is very essential for the National Assembly. It is significant that both chambers of the Legislative body, consider subjecting the proposals of the Bill, as newly transmitted by the Presidency, to informed and intelligent analysis with wide consultations made to question their validity and virility before its passage. It is essential that the potency of the new provisions, particularly those proposing new institutions, be questioned to weigh if they truly carry the representation of formidable parameters different from the ones they are proposing to replace.

The need to begin the repositioning of faulty structures across sectors of the economy is without a doubt urgent. This necessity however, do not call for imprudence and rashness in decision making, without giving thoughts to exploring the best possible approach. Since such statutory policy making navigations, set the structural tune for sectoral operations, it is significant that the Senate and the House of Representatives, comprising the National Assembly, respectively subject the Bill to the highest intensity of scrutiny before passage. Rather than being a rubber stamp, both chambers should be resolute in working by the standard principles of informed oversight function as demanded under a democratic Presidential System of Government. Anything short of this, may be another failure that may render the Petroleum industry and better still, the oil and gas sector, in shambles in a number of decades. The attendant effects of this on the economy may be unimaginably gloomy.

In as much as the need to fast track the passage of the Bill is important, it is however significant to state that such hastiness should not be sacrificed for thoroughness. The necessity to give proper and in-depth scrutiny to the Bill is sacrosanct, and therefore a luxury that should not be sacrificed for primordial and superficial appraisals. Working along the balancing lines of timeliness and thoroughness is thus the call of season and reason, to have a vibrant legislation, strongly and strategically profound to transform and vitalise the Petroleum Industry for the benefit of the Nigerian economy at large.