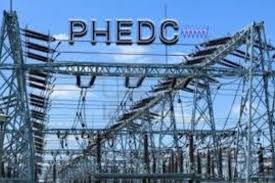 Aniwe, who said this in an interview with the Newsmen on Friday in Calabar, however, disclosed that the distribution company had over 850,000 metering gap.

It will be recalled that the Federal Government had in October, launched the National Mass Metering Programme (NMMP) in Eko, Kano, Kaduna and the Ikeja distribution companies.

“Given the gap and what we received from the Federal Government, our plan is to follow a metering plan called feeder-wide.

“We have selected some feeders to go about the distribution so that we can effectively allocate the more than 77,000 meters we were given.

“The idea of feeder-wide is if you are metering a street, you ensure that everyone on that street is metered without leaving some people out.

“There will be no staggered metering; when we are done with a particular location, we face another, for now, there is no upfront payment for the meters, we are just following our metering plan,” she said.