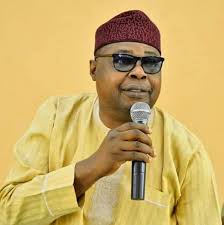 Folorunsho Oladoye Bamisayemi is the Commissioner for Education, Osun State. In this interview with the duo of Nigerian NewsDirect’s Abimbola Abatta and Ayoola Florence, he speaks on the achievements of Governor Gboyega Oyetola’s achievements in Education and other sundry issues. Excerpts….

The retired teachers under the contributory pension scheme were seen outside holding placards, agitating for their entitlement. Now what they are requesting for the payment of their pension and the thirty-three months half salary that was incurred during the regime of the former governor. So what will the ministry in collaboration with the state government do to address their agitation, sir?

Well, I need to let you know that it has no direct bearing to the ministry. These are retirees and that question will be better directed to the office of pension, the honourable commissioner in charge of resources or generally speaking, the public service office. My job here is to look at how best to improve in our education. You know, once you are retired, your gratuity and other entitlement will be sorted out between the pension office, the ministry of finance, and the public service office. Human resources as well. For education, we deal with the people that are still in service.

We got to know that the governor approved hijab for the public service. Does this development apply to private schools?

Recently, you were on Rave FM. You mentioned something about unintended consequences. We would like you to dwell more on that and explain what the ministry is doing to mitigate these consequences as regards the education policy reversal.

It can be deduced from your speech to some extent that Osun State ministry of education has been able to achieve a great deal in the level of education in the past two years. What are the challenges that confront this ministry?

Like I told you, one of the challenges which I explained to you was the controversy around some of the previous policies that were causing ao much distraction. It was distracting completely away from issues that matter, and we have been able to resolve that. Now the other challenge is that we have parents that are not responsive. People think everything should be free. If you ask them to support as parents, they will tell you “the government has promised free education.” Without realising that education just stands on four legs. The four legs are government, the students, teachers and parents. If any of the four legs is not there, that education will not stand. The four must be present at the same time for education to improve. So we have a situation where most parents are not responsive, and they are not responsible. They are not supportive. Some will rather spend money on alcohol and Isiewu than to invest on their kids. Two, most parents don’t even have expectations of their children. There must be a reason why you have sent your child to school. Oh, you want that child to become a doctor. You want that child to become a judge. You want that child to be successful in life and take care of you when you are old. You want that child to advance the name of your family so much so that where they have not heard about you before, your child will take that name to that level. But here, you have parents who don’t even care who have not set any expectation of their kids at all. So, they are not ready to invest on such a child because where there are no expectations what do you Invest on? We now need to do parent engagement to be able to convince them that it is a worthwhile effort to invest on your children. That at the end of the day, you are the major beneficiary because when you are old, it is these children that will take care of you. When they become somebody in life, it is your family name that they will project that you are the major beneficiary and you must do everything possible to make sure that you support them. So the major challenge is parents that are not supportive, responsive, and responsible. Another one, we are talking of students that are not ready to learn that are not teachable. Students that will rather spend time on the social media than to study. Students that will spend hours on Facebook on WhatsApp than to use their telephone to read. So we now need to tell them what is the essence of watching another person’s vision and abandoning your own? If you want the world to watch your vision too, you need to work hard. You are watching Chelsea, that is somebody’s vision you are watching. You are watching Laliga, Real Madrid, Barcelona, that is somebody’s vision. You are watching Ronaldo, that is somebody’s vision unfolding and you spend hours watching Messi and Ronaldo while you abandon your own. When will people watch your own vision too? That is a message we are conveying to them. Don’t abandon your vision while you watch other people’s. Work hard so that others will watch your own vision too. There is no point spending five to seven hours watching Laliga or premier league and then you abandon your books. So we have the problem of student who are not ready to learn and those that are not teachable at all. We now have cultism in secondary schools. Students that are addicted to all sort of narcotics. You know there was a singer that sang about science students. Students that now mix all sort of things together just to get high at the secondary school level. These are the challenges that we at confronting, and we know that by the grace of God we will overcome and surmount them. We will resolve most of them before we leave here. We are ready and determined to make sure that we get rid of all these challenges in our system. And to get our educational system to be working again. They are more than that, but we are able to tell you a few of the challenges now. Another challenge is lack of capacity. Lack of adequate and regular training for our teachers. The last time we did recruitment was in 2013. Since that time, I’m not sure anyone of them has been trained up till now. And education is dynamic. Education is constantly changing. You cannot use the method of the 20th century to deliver 21st-century education. So you must be on top of your game. You must constantly train people because pedagogy changes with time even the subject contents also change with time. So you need to constantly train your teachers. That is another challenge because of paucity of fund. Because of the financial distress the state is going through, we don’t have regular and adequate training for some of our teachers. That is what we are trying to address. Thank God Mr Governor is a lover of education. He is prepared and ready to fund education so we ensure that we train teachers and give them the capacity to positively affect the lives of these children.

Last week, governor Gboyega presented the 2021 budget to the state Assembly, and 18.08% was allocated to the ministry of education. So what assurance are you giving Osun residents and citizens as regards development in the education sector?

Well as you can see, it is a new era. We are ready and determined to deliver on our mandate. So we can assure them, and we will be giving them guarantee that this administration will deliver on our policies. We will ensure that schools are renovated, that our students learn in a conducive environment. We will also ensure that teachers are trained, and we will give them the capacity to teach. We will also ensure that we create the right climate for students to learn. Don’t forget that teaching and learning are two-way things. The teachers will teach; students will learn and you need the two to play their part before you can impact. So we will ensure that we create the right learning and teaching environment such that the synergy between teachers and students will be perfect to ensure that we improve on the standard of education. We will also ensure that we take care of the welfare of our teachers so that they will be happy to teach and that they will be passionate about the job. Thank God Mr President is also working on that direction. We will also assure them that we will not have empty classrooms. We will recruit enough teachers, distribute them to all our schools so that no school will be left out. There will be no concentration of teachers in the urban to the detriment of rural areas. That will not happen. We will ensure even distribution and make sure that all schools have enough teachers to teach.

No vaccine will be brought to Nigeria without certification – NPHCDA