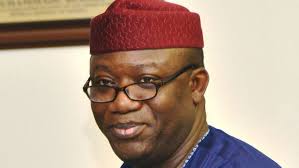 Mr Foluso Ojo, the Chairman of Oye Local Government Area of Ekiti, has appealed to youths in the area to embrace peace while demanding for their rights from the government.

Ojo made the appeal in an interview with the Newsmen on Tuesday in Oye-Ekiti.

He urged the youths to always engage the government in a peaceful dialogue and not through rioting and the vandalism of public property.

“I want to appeal to our youths to be calm and be law abiding while waiting for the government to respond to their demands.

“Currently, the community is calm.  I want to appeal to our youths to allow the environment to remain peaceful,” he said.

The chairman condemned the extent of damage caused by the youth in various states of the federation, adding that most of the properties damaged were meant for public use.

He appealed to the residents of Oye-Ekiti to be law abiding and move about their normal businesses in the various communities.

Ojo said that his administration would continue to empower the youth to become employers of labour.