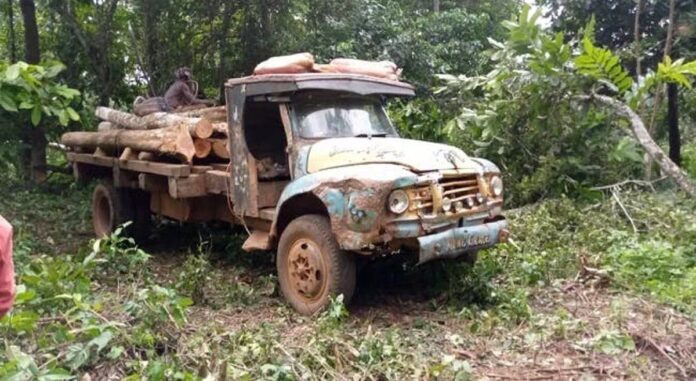 The Osun State Timber Contractor and Saw Millers Association has called on authorities concerned to address the illegal entry, demarcation and Farming activities in shasha forest reserve in Ile Ife as the abuse on forest and her resources in the country is getting out of hand.

While speaking to journalists, Chairman of the association, Mr Olalekan Olaobaju lamented the wanton distruction which the encroachment has brought on economic trees.

Former Chairman of the association, Mr Yahaya Ojuade said several efforts has been put into fighting these illegal activities by some individuals destroying the reserve as they are affecting sufficiency in forest product supply.

“We are concerned because it is affecting sufficiency in forest product supply leading to unavailable some tree species as well as animal with total disregard for its implications for future generations, we have put in several efforts into fighting this illegal entry into the forest by some individuals and they even get violent with us in some cases, we are calling on government at all levels to be decisive in implementing policies and laws in regulating activities in shasha forest reserve”

“They have taken over all the forest areas and it has been difficult for licensed contractor who are permitted to work in shasha forest freely as there have been ups and downs between us and the farmers.”

Olaobaju Adetayo, a timber contractor, emphasized that it will be so unfriendly to overlook the effort of the government as government played a crucial role in signing the white paper on shasha forest.

“shasha forest is for forest usage alone and not any other thing, the government had already signed this, we have this people setting trees on fire in the bush which is scaring away the animals and in one way or the other, they are spoiling the future of the country. We want the government at all levels to intervene”

Dr. Tajudeen .A. Afolabi, A forestry expert, said the nation is fast loosing its forests as one of the major source of income. The forests are no longer like they were 50yrs ago in south west but due to this act, most of them are gone.

“most of these forests are gone for construction, they are gone for housing and illegal farming activities this is not a good thing for the future as we are wasting away our natural resources and we are not looking at sustainable form of development in this sector for the future and we want government at all levels to help.”