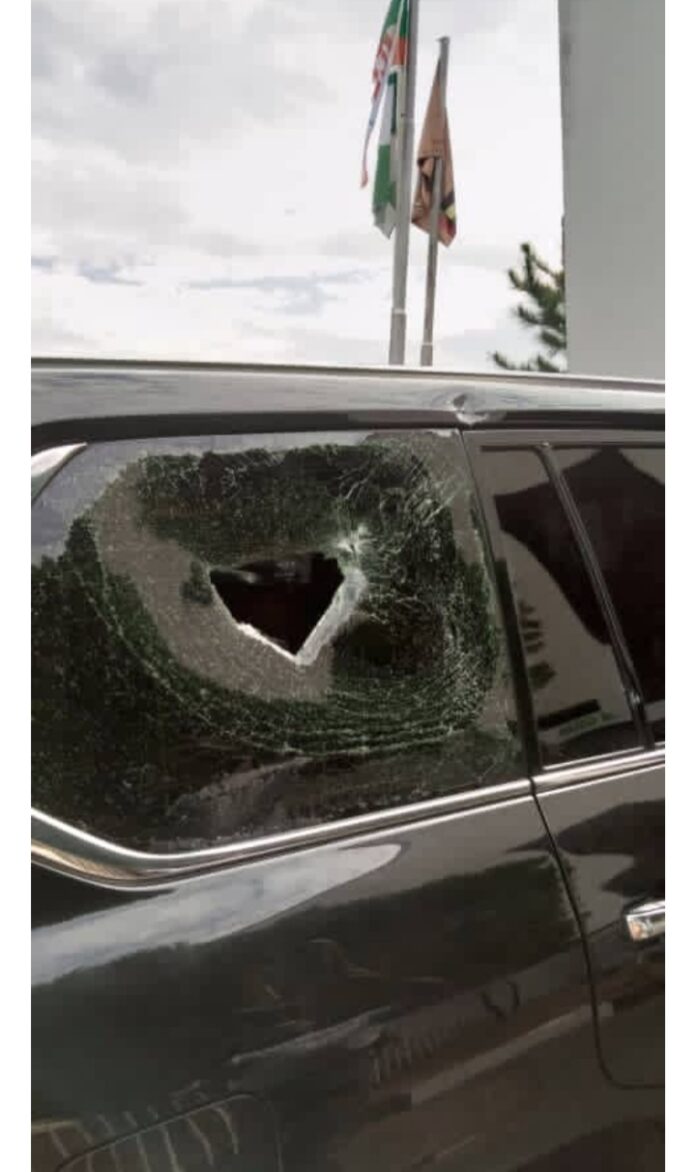 The Special Adviser to Governor Adegboyega Oyetola on Civic Engagement, Hon. Olatunbosun Oyintiloye has condemned the attack on the Governor which occurred while he was addressing EndSARS protesters in the State.

While maintaining that the attack was not triggered by genuine protesters, he noted that it was incited by “unruly gangsters who infiltrated their ranks to hijack the peaceful cause to achieve their premeditated sinister mission.”

He revealed that the state government is committed to protecting fundamental human right of the citizens and will not for any reason, infringe on the inalienable rights of the people, especially the youths to go about peaceful demonstration as enshrined in the constitution.

The SA who made this known on Sunday said, “The right to protest and peaceful demonstration is an integral component of a democracy through which civil rule is sustained and this is the profound tenet of Oyetola’s administration.”

He, however, cautioned the protesters to beware of unscrupulous principalities who could hijack the peaceful protest to fulfil their evil intentions.

In his words, “It must be noted that while section 40 of Nigerian constitution espouses the right to assemble freely and associate with others for the protection of one’s interest in a manner like a protest, there are consequent limitations to every right such as protest which is hinged on violence, gangsterism, vandalism among other dastardly acts and this behoves on the protesting youths to be wary of unscrupulous principalities of evil who could malign their peaceful demonstration with their wild behaviour.”

Oyintiloye emphasised that Governor Oyetola is “a leader with fat democratic credentials who would not trample upon the liberty, freedom, and pursuit of goals by the well-meaning citizens of the state.”

The SA described Osun youths as peace-loving and supportive to the government, stating that “this is why Osun is ranked among the most peaceful and secure states in the country.”

Oyintiloye commiserated with the family of the deceased as well as the victims of the vandalisation done on some valuable property during the ill-willed rage of the hoodlums.

He then reiterated that Osun government will do everything within the purview of the law to protect lives and property to sustain the peaceful aura the state currently enjoys.

He further implored Osun residents and citizens to continue lending their supports to the government for the benefits of all.